THE 35th MARATHON DES SABLES CONTINUES IN A RESPECTFUL ATMOSPHERE 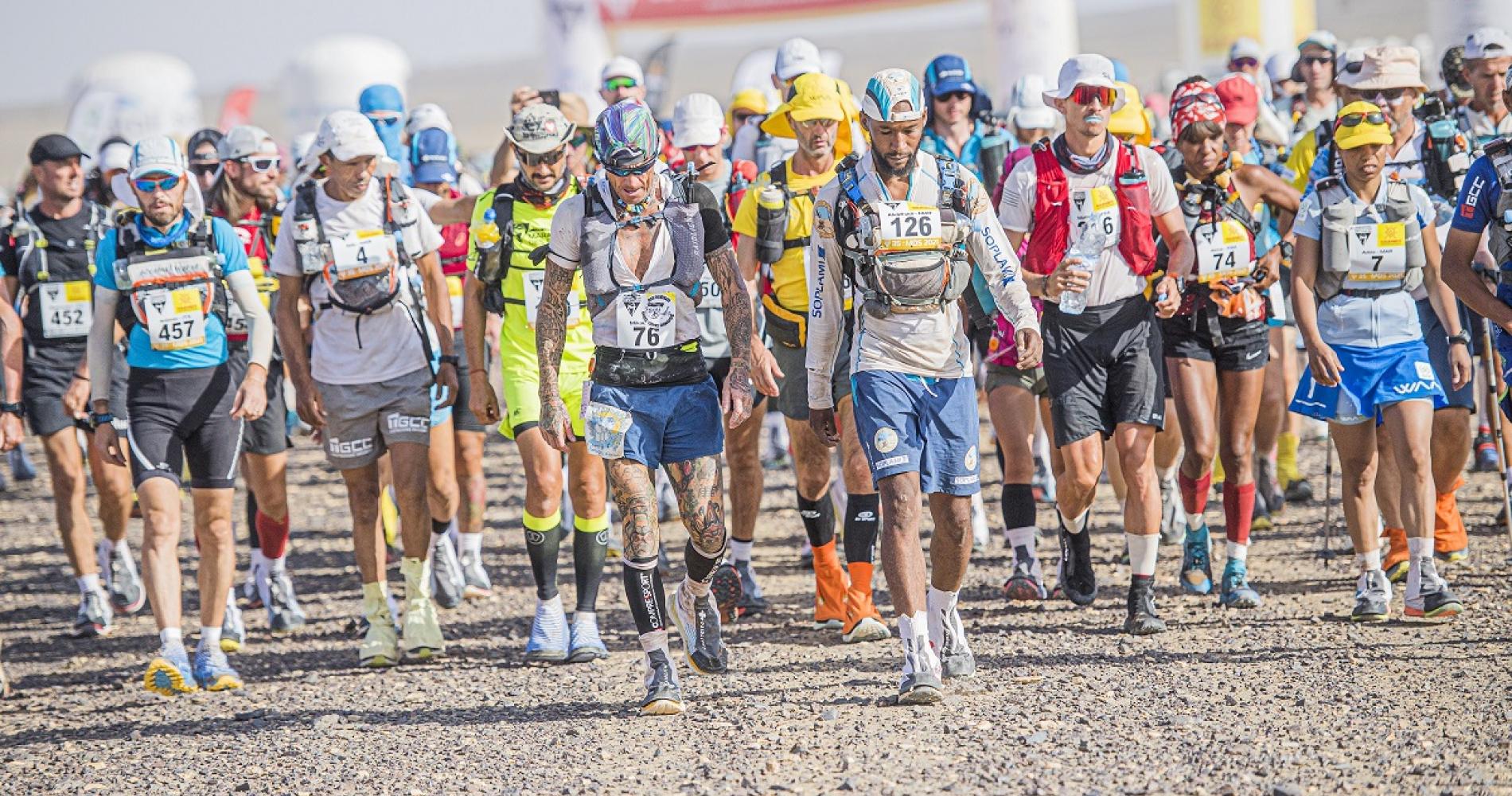 The third stage of the 35th MARATHON DES SABLES started by a respectful walk, after a minute of silence, to honour the memory of the 'Brother of Sands' who died yesterday.

The bivouac of the 35th MARATHON DES SABLES woke up this morning in a heavy atmosphere: empty or evasive looks, and minds focused on the passing of this French competitor yesterday during the second stage. Since the announcement of this tragedy, countless messages of support have been received by the relatives, participants, and staff of the MARATHON DES SABLES. Each competitor was able to decide in good conscience whether or not to continue the adventure. And this morning, after a minute of silence, the pack set off at walking pace, for once: led by the tentmates of the deceased, the 552 participants still in the race walked all together for a few hundred metres before letting the runners go. This third stage of 37.1km is very varied and crosses the erg ZNAÏGUI—an area of magical dunes with such perfect shapes that they look artificial.

TOP FEMALE RUNNERS
An observation race is taking between Aziza RAJI (MAR) and Aïcha OMRANI (FRA): neck and neck until about ten kilometres from the finish line, it is finally Aziza who—as in the previous days—created a nice gap in the final section of the stage. Japan's Tomomi BITOH finished third with a burst of joy: "It was SO great! I'm super happy, but I'm exhausted!"

TOP MALE RUNNERS
On this third stage, history repeated itself: after leaving the field to the French duo Mathieu BLANCHARD and Mérile ROBERT during two thirds of the stage, the Moroccan trio formed of the EL MORABITY brothers and Aziz YACHOU finally accelerated and won. At the finish line, the youngest Mohamed raised his arms while his brother Rachid seemed to be in a more difficult situation. In the overall ranking, Mohamed is less than 2 minutes behind his brother, and Mathieu and Mérile are very close—in 4th and 5th position, just under 20 minutes behind Rachid.