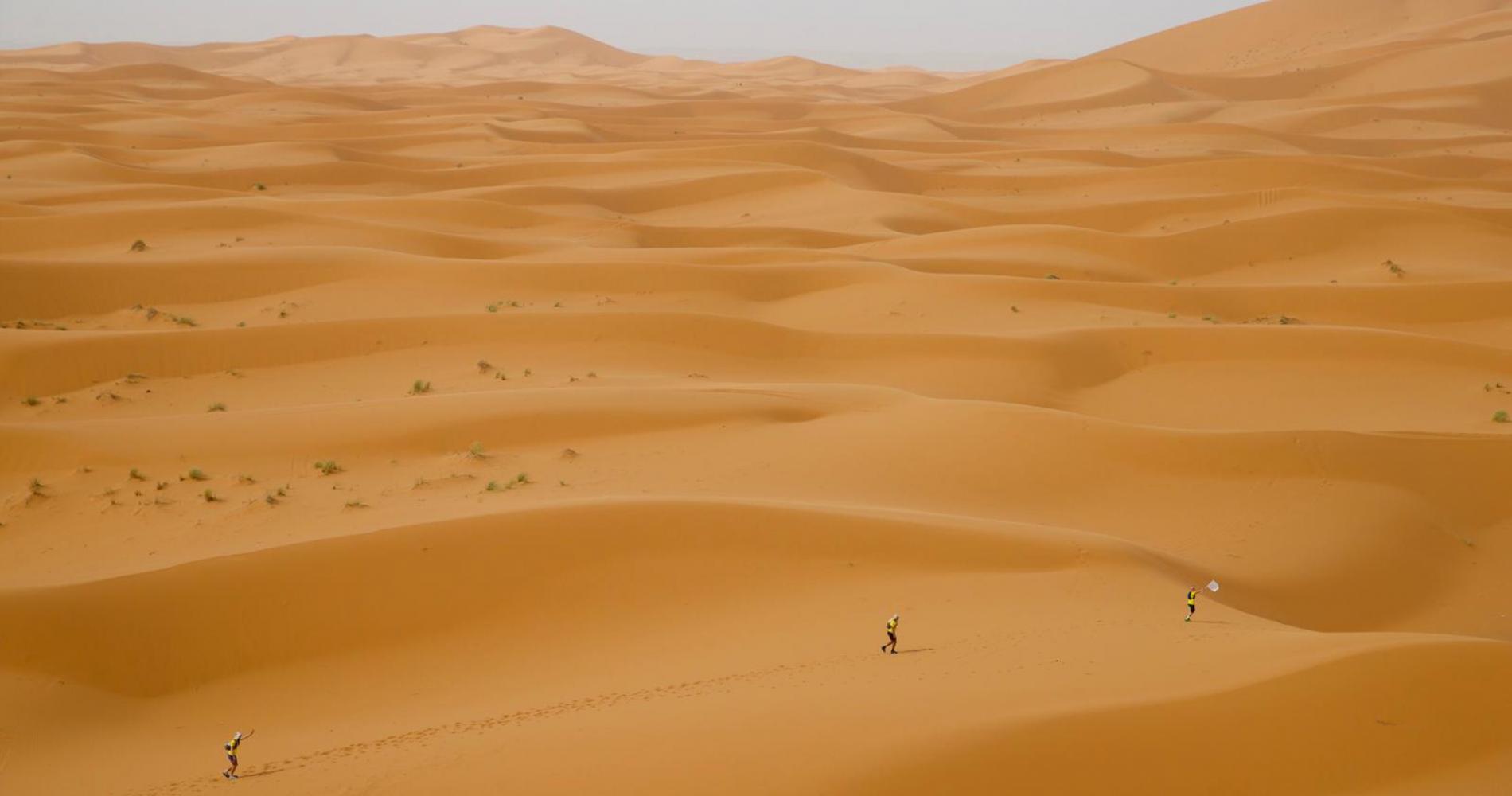 After 235 km on foot, 800 competitors reached the end of the 36th MARATHON DES SABLES, finishing in style by crossing the dunes of Merzouga during the MDS's Charity stage.

Happiness and a feeling of accomplishment dominate at the finish line of the Solidarity stage of the MARATHON DES SABLES, which brings this incredible week of desert adventure to a close. Blisters, aches, pains, fatigue, and hunger are all forgotten: all that remains now is to enjoy...and recover!

The 6th Solidarity stage is compulsory but does not count for the overall ranking. This year, it crosses the incredible dunes of Merzouga—the highest in Morocco. Competitors—all wearing the yellow T-shirts given by the organisation yesterday—crossed a plain before stepping into these dunes. These incredible natural pyramids sculpted by the wind reach a height of 150 metres for the highest. The soft sand holds back the steps, as if to show that the desert would like to keep all these sand convicts for a while longer.

So, without any timing pressure—but for the record, it's Mohamed EL MORABITY (D2-MAR) who finished first— everyone enjoyed this final immersion in the desert, alongside those companions who were mere strangers eight days ago and have now become friends.

Friendship, solidarity: these values have always been at the heart of the event...since the very beginning. More than ever, mutual assistance is guiding the steps of both MDS competitors and organisation staff. Tomorrow, a guided visit will be organised at the solidarity centre supported by the organisation thanks to the donations of competitors, partners, and sponsors touched by the spirit that emanates from the MDS. Here, at the heart of the desert, the MARATHON DES SABLES is exerting a positive influence on the destiny of dozens of women and children, year after year. Not to mention the destiny of competitors themselves, who sometimes make radical changes in their life after this very special break from their daily routine: there is definitely a before and after the MARATHON DES SABLES.

REMINDER OF THE OVERALL RANKING