AND THE WINNERS ARE… REMIGIO AND ANNA MARIE

HEAD OF THE RACE 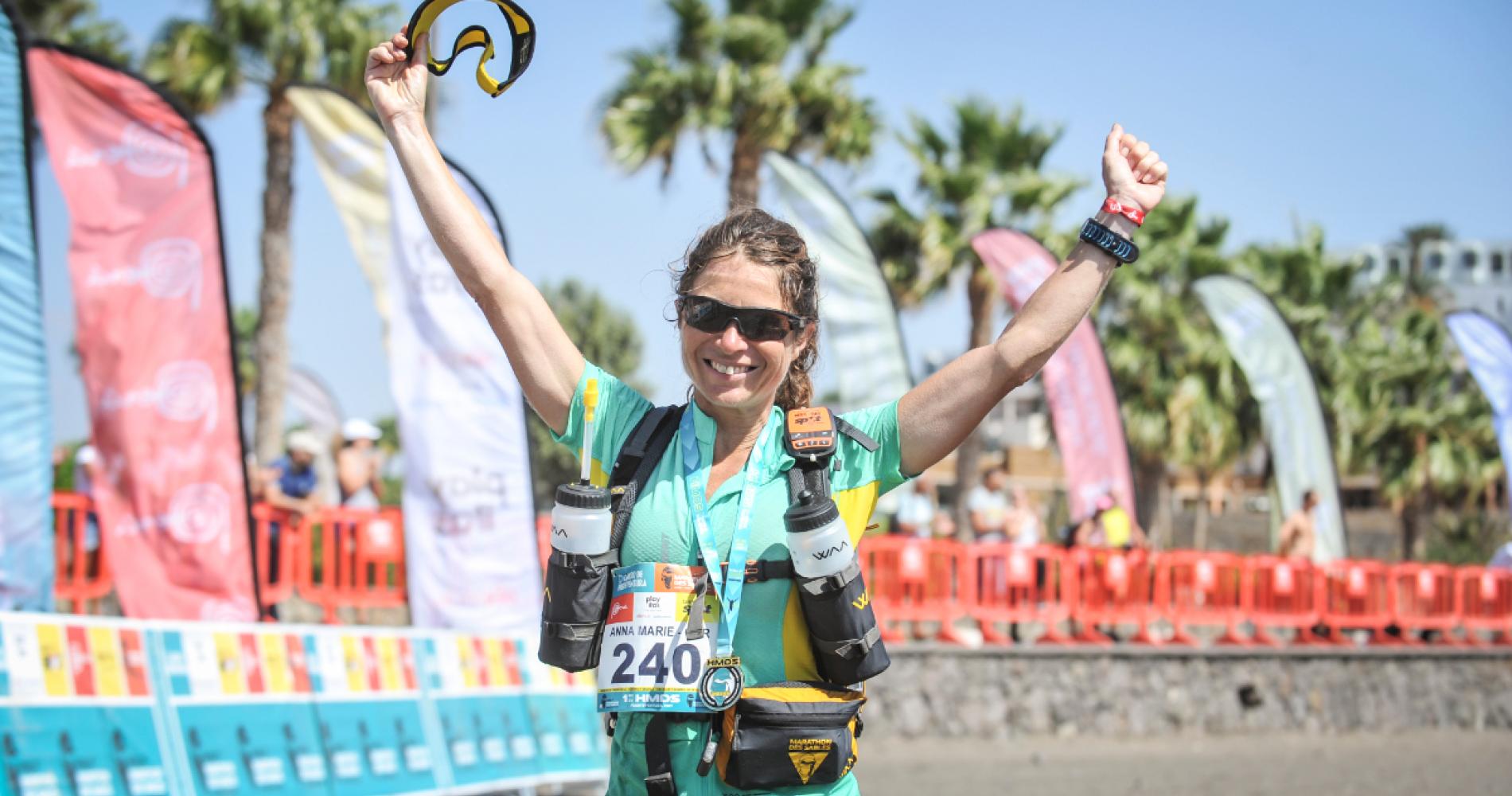 Remigio HUAMAN QUISPE (D001-PER) left no chance to his rivals for this third and last stage of the HALF MARATHON DES SABLES FUERTEVENTURA. Not only did he not just manage his 40-minute lead to Jonathan HERNANDEZ CURBELO (D063-ESP) in the overall classification, but with an impressive average speed of 13.15 km/h for this 21.1-km stage, he also increased this lead by 4 min. In just four days, the Peruvian has become the blue-eyed boy of the pack, thanks to his humility and kindness: "For me, it's easy to do the HALF MARATHON DES SABLES FUERTEVENTURA: I just run for 6 hours, then I can rest and eat. On the contrary, the entire organising team is present 24/7. As for the other runners who are less fast, they spend so much time walking, and they suffer from cold and hunger. All these people are the true heroes of the MARATHON DES SABLES." This week in Fuerteventura, Remigio has shown to his redoubtable Spanish rivals that he has learnt a lot since his first participation in the MDS MAROC, in April of this year. The "duel" between Remigio HUAMAN QUISPE and Rachid EL MORABITY (winner of 5 editions of the MDS MAROC), which will take place in 2 months in Peru, during the very first MDS PERU, will be enthralling!

Anna Marie WATSON (D240-GBR) was more relaxed in her approach to this third stage, which was eventually won by Yolanda FERNANDEZ DEL CAMPO (D278-ESP). However, this Spanish stage victory had no impact on the Women's overall classification: the British Anna Marie has dominated the event from end to end, despite the pre-race uncertainties regarding her physical condition. A beautiful victory, which fulfils a childhood dream: "It all dates back to 17 years ago, at an airport, when I first heard of MARATHON DES SABLES. A few people wearing flip flops had arrived. They could hardly walk. I asked what had happened, and I was told it was 'the MARATHON DES SABLES, they've run 250 km in the Saharan desert over 7 days'. I found this completely ridiculous and stupid! But the seed was planted...and in 2015, I ran my first MDS and finished 2nd in the Women's category. And now, here I am, for this HALF MDS FUERTEVENTURA. So a big thank you to Patrick BAUER and the entire organisation team for fulfilling our dreams."