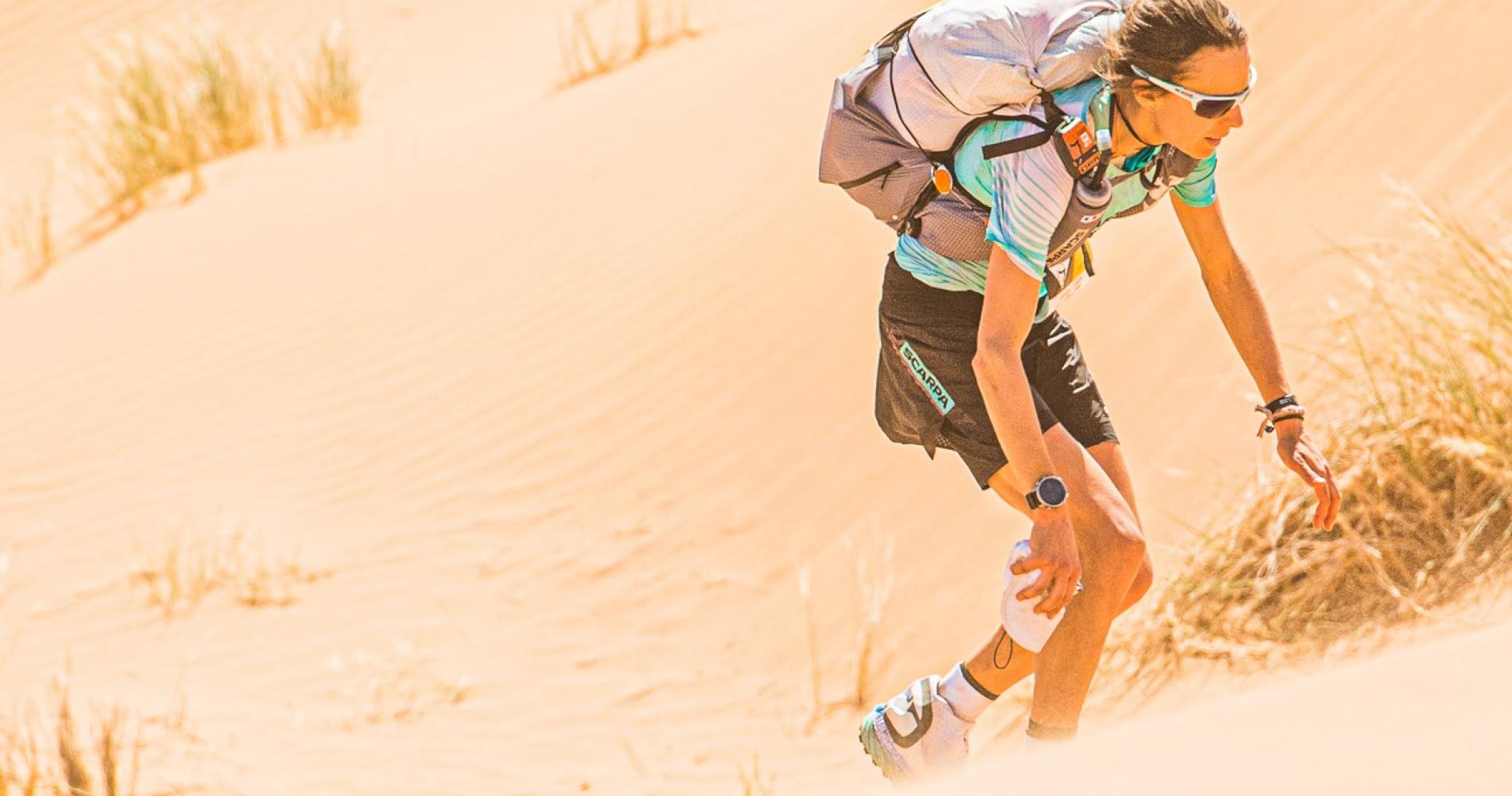 With a fourth stage win in a row, Catalan Anna COMET PASCUA is on her way to winning her first MARATHON DES SABLES. The podium in the making will be completed by two other neophytes, Sylvaine CUSSOT (FRA) and Aziza EL AMRANY (MAR).

This first participation in the MARATHON DES SABLES for Anna COMET PASCUA (D906-ESP) turned into a real demonstration: she won stage after stage, increasing her lead of minutes over her direct pursuer, Sylvaine CUSSOT (D129-FRA), also a newcomer to the MDS. Aziza RAJI (D5-MAR), victorious last year, didn't succeed yesterday in containing her compatriot Aziza EL AMRANY (D6-MAR) who is now in third place in the overall ranking.

Anna COMET PASCUA, 39, is an athlete, journalist, and author: she has a good track record in trail running, specialising in distances of 30 to 50 km. However, she has not yet won a "major" race, but if everything goes well during the Marathon stage, the 36th MARATHON DES SABLES would be her first big victory. She would also be the second Spaniard to win the MARATHON DES SABLES after Monica AGUILERA in 2010. And she could well come back next year to confirm her good performance.

Sylvaine CUSSOT is also taking part in her first MDS and everything is going well for the ultra-smiling Réunionese by adoption, even if she has a few reasons to wince: "The back and shoulders? Let's talk about something else..." Achy but enthusiastic, she confided that she loved the experience and already wants to come back.

At the beginning of the afternoon, there were still about twenty participants on the course, scattered in the last ten kilometres. The last ones were expected at around 4.30 pm, i.e. 2 hours 45 minutes before the maximum time. The almost 800 participants who have already arrived took advantage of the day to take care of themselves and to rest; the medical tent remained full, with almost all the posts occupied by foot care. Because feet need to be in shape for tomorrow: there is still the 42-km Marathon stage and the medal at the end.