The blue wave of the 34th MARATHON DES SABLES 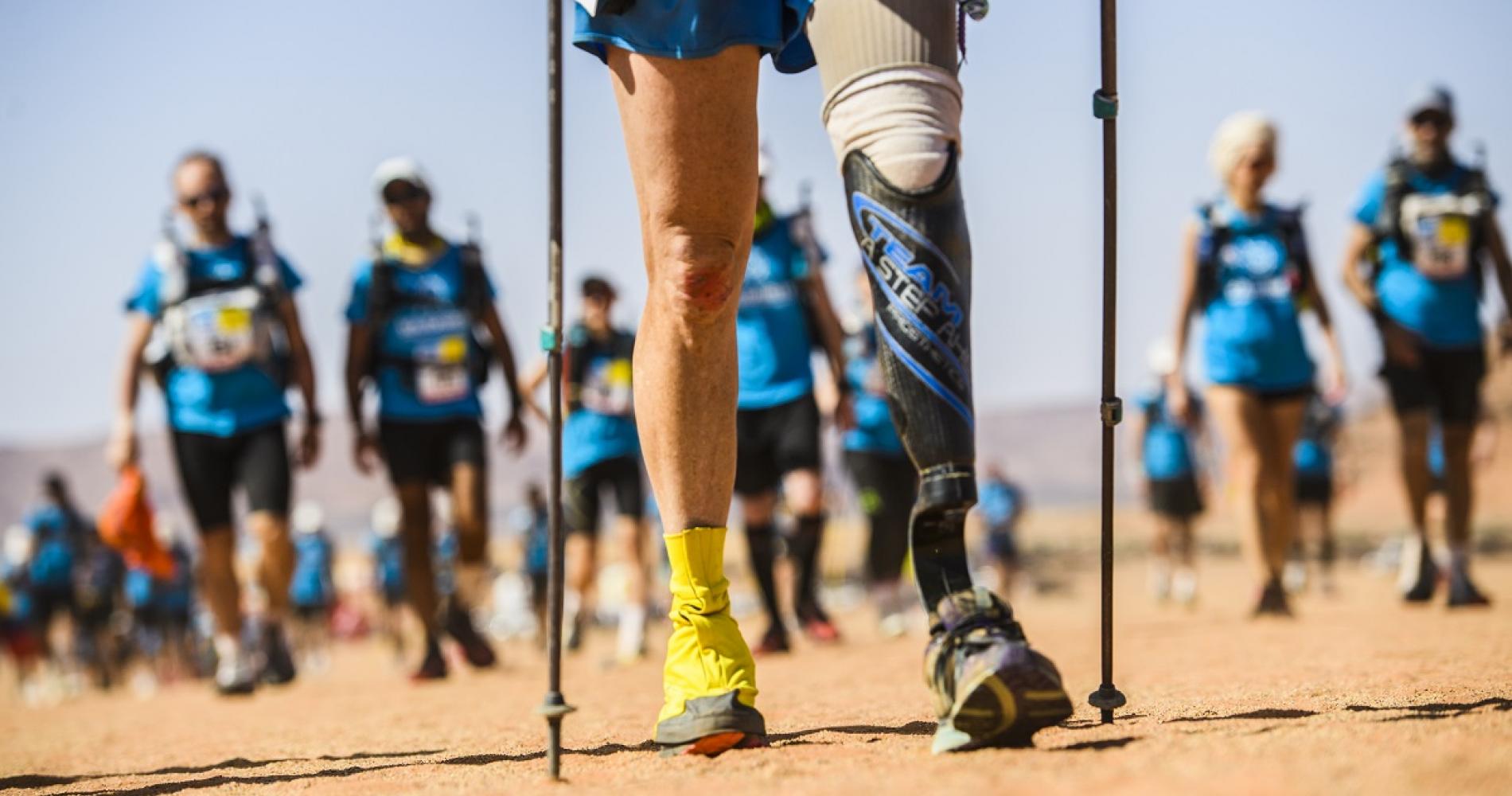 The 34th edition of the MARATHON DES SABLES won by Ragna DEBATS (NED) and Rachid EL MORABITY (MAR) ended in style today with the 6 km of the solidarity stage. Dressed in blue, the 753 Finishers let their joy explode - they crossed 226 km of desert in 7 days.

STAGE OF THE DAY: SOLIDARITY STAGE Happiness and a sense of accomplishment explode on the finish line of the MARATHON DES SABLES Solidarity stage which ends this incredible week of crossing the desert. Blisters, body aches, fatigue, hunger suffered during 226 km and 7 days of racing: everything evaporates once the finish line is crossed. Vikram JETHWANI (D328-UAE) testifies: "The race was really harder than I expected but it was fantastic, it's more of a mental challenge than a physical one. "

The 753 surviving competitors (30 abandoned), equipped with blue T-shirts handed over the very morning by the organization, started towards Tafraout, the ultimate arrival of this 34th MDS. Without stopwatch pressure (the ranking is stopped at the end of step 5), everyone savor this ultimate desert immersion, in the company of those who eight days earlier were unknown, and who have since become friends . "It's the finish, the consecration, we will remember all that we lived for a week, we will end up side by side, without competition, all equal," said Pierre SERFASS (D704-FRA) just before departure. Friendship, solidarity: values ​​at the heart of the event, since always. More than ever, mutual aid guides the footsteps of sand marathoners and the organization of the event. Reinforced by a few dozen people (families and partners), the pack vibrated in unison, as expressed by Jean-Philippe CHEVERRY (D690-FRA): "My family joined me yesterday morning, big emotion. My youngest and my wife took the departure with me, it was great. It allows to close a beautiful adventure by making others enjoy, both the family and the association. "

A spirit of solidarity that will continue tomorrow with the inauguration of the brand new Solidarity Center MARATHON DES SABLES in Ouarzazate.