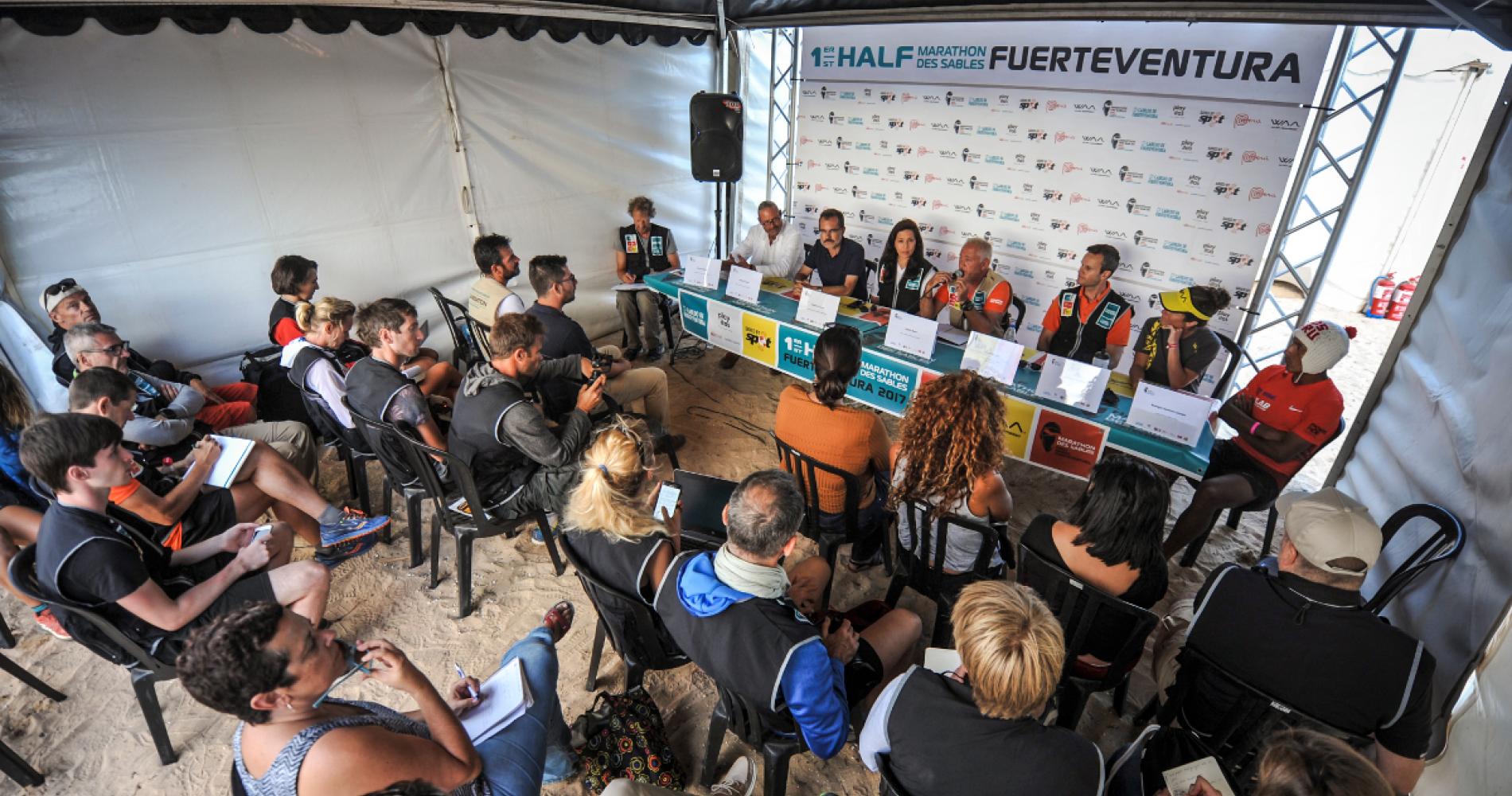 Yesterday evening, thirty journalists – from the press and from radio and TV channels – attended the press conference of the HALF MDS FUERTEVENTURA, a key moment bringing together the organisation teams, the partners and the local authorities' representatives.

Fernando GONZÁLEZ, Race Director, expressed his satisfaction that "the HALF MDS had chosen Fuerteventura: it's a very special island, perfectly suited to the MDS. I think our collaboration will go on for many years."

Same satisfaction for Marcial MORALES, Chair of Cabildo de Fuerteventura: "our island is very photogenic - it's a real paradise." He continues playfully: "We thank Peru for having sent one of their best athletes to win the HALF MDS FUERTEVENTURA. We hope we'll be able to return the favour by sending one of our top athletes to win the MDS PERU!"

The audience laughs, while Patricia LI CARRILLO, from PROMPERÚ, goes further: "In just two months, we'll be holding the first MARATHON DES SABLES PERU. We hope that it will be as successful as the event here. We've also decided to organise a draw to offer free registrations for the MDS PERU to 10 participants to this HALF MDS FUERTEVENTURA." This decision, when announced this morning to the competitors during the pre-stage brief, was warmly cheered.

The SPOT brand, represented by Gavan MURPHY, said how glad he was about the partnership with MARATHON DES SABLES. Playitas Resort, represented by its Managing Director Markus KEMPEN, expressed the same feeling: "The HALF MDS FUERTEVENTURA is an event that must be built over time. I think we can easily reach 700-800 participants within 2-3 years." Patrick BAUER supported Markus's vision, though moderating it: "Things must be done gradually, we must learn by doing and take into account the participants' feedback." Fuerteventura's future thus seem pretty bright - not much of a surprise for an island where the sun is shining more than 300 days a year.