CHEERS AND A MASCOT 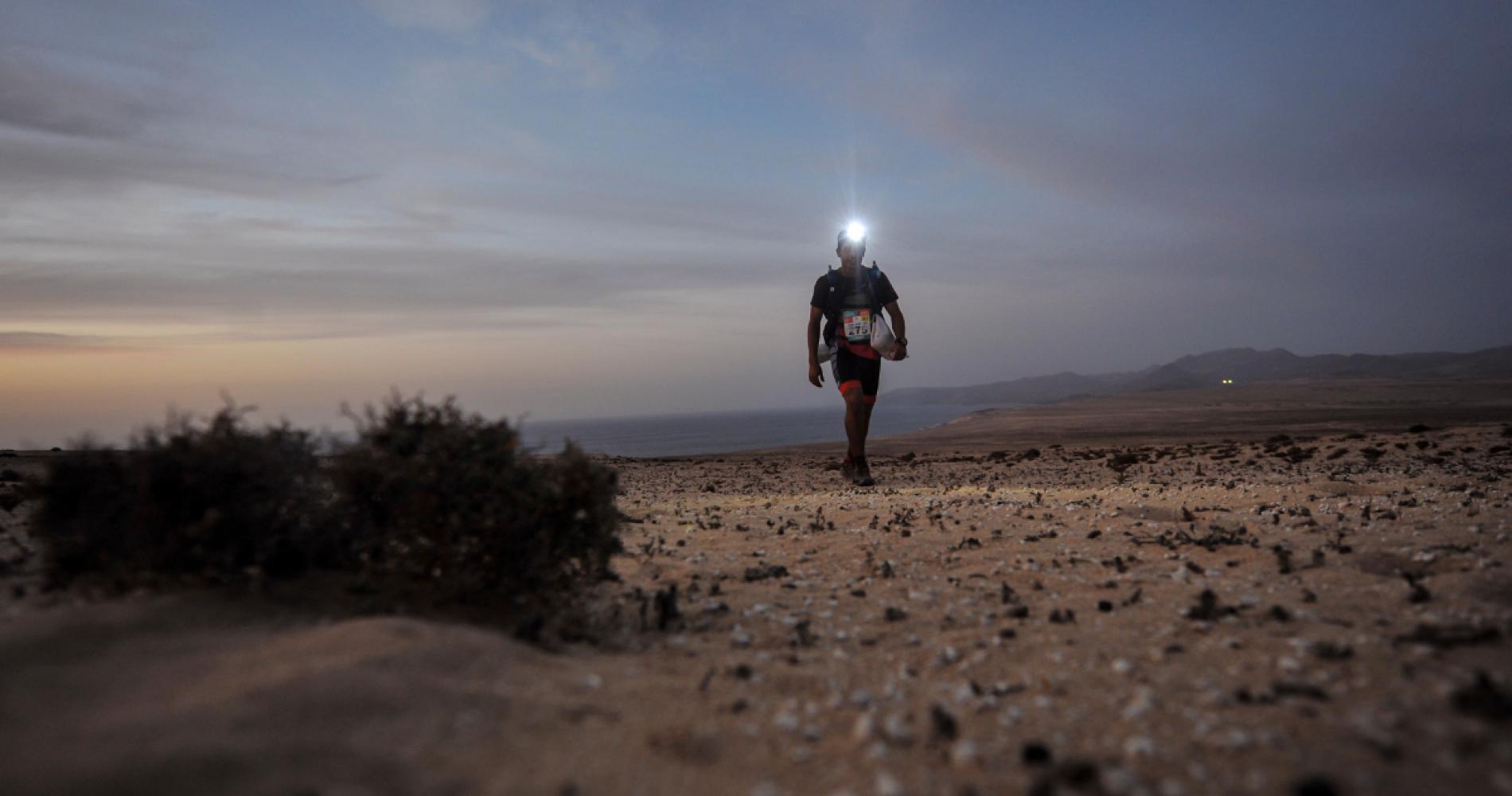 At 9:22 AM, loud cheers greeted the last competitor to cross the finish line of the long stage, Takayuki SHIMIZU (D189-JAP), who even ran a few strides to beautify his arrival, after approximately 63 km and 21 hrs 22 min on the course. The radiant Japanese received a very warm welcome from other competitors, members of the race staff...and a dog!

Surprisingly, this first HALF MARATHON DES SABLES FUERTEVENTURA saw a new participant join the peloton yesterday. This dog - still unnamed - thought it would be amusing to brighten up his evening by following a few competitors who were arriving at CP3 (Pájara, km 28.1). He thus followed their steps, navigating from one group to another and covering mile after mile, unaffected by the terrain - whether mountainous, sandy, technical or easy. Despite not carrying his obligatory equipment – a bag of dog biscuits and a flea collar – he crossed the finish line after covering 35 kilometres, in fact many more, since unlike a normal trail runner, a dog is rarely moving forward along a straight line. So it seems the HALF MDS FUERTEVENTURA has found its mascot!

On the bivouac, competitors also has other mascots, such as Milca HERMANCE (D236-FRA). In 'normal' life, Milca is a nurse, so here, all her tent circle companions are seeking her advice. "I have blisters that are like a sixth toe," says to her Jeremy MARTIN (D248-FRA), "how would you treat that, Milca?" He then goes on about his stage: "I mostly walked and arrived at 4:30 AM, in the middle of the night. I stopped once to eat, at CP3; otherwise, just short pauses to take pictures. Apart from my blisters, I'm fine!"

Alexandre FLEURY (D164-FRA) is doing well too, and rejoices over his 39th place in the long stage: "My time estimate was 10 hrs 15 and I finished in 10 hrs 13, so I'm super happy. I'm glad I didn't exceed my estimation, else it would have been mentally challenging. I finished the stage with another competitor - we supported each other." Alexandre particularly liked the first section of the stage, until CP2, which was "easier and faster - I was able to really run, it was great." Other competitors preferred the middle part: "I'm a trail runner and I loved the CP3-CP5 section" says Carole PIPOLO (D270-FRA).

Worthy of mention is the percentage of competitors who have been withdrawn or have abandoned, pretty low for an ultratrail event: only 8-9%. This rate is very close to that of MARATHON DES SABLES MAROC and demonstrates that the race is indeed accessible, yet a true challenge.

The morning unfolds as competitors gradually wake up and initiate the post-long-stage protocol: fire lighting, breakfast, feet care, basic wash, rest... This afternoon, competitors will have the possibility to participate in various workshops, on how to find sponsors, MDS equipment, geolocation, and MDS preparation. Tonight will be the last supper in self-sufficiency conditions, before tomorrow's start of Stage 3, the last of this first edition of the HALF MDS FUERTEVENTURA.