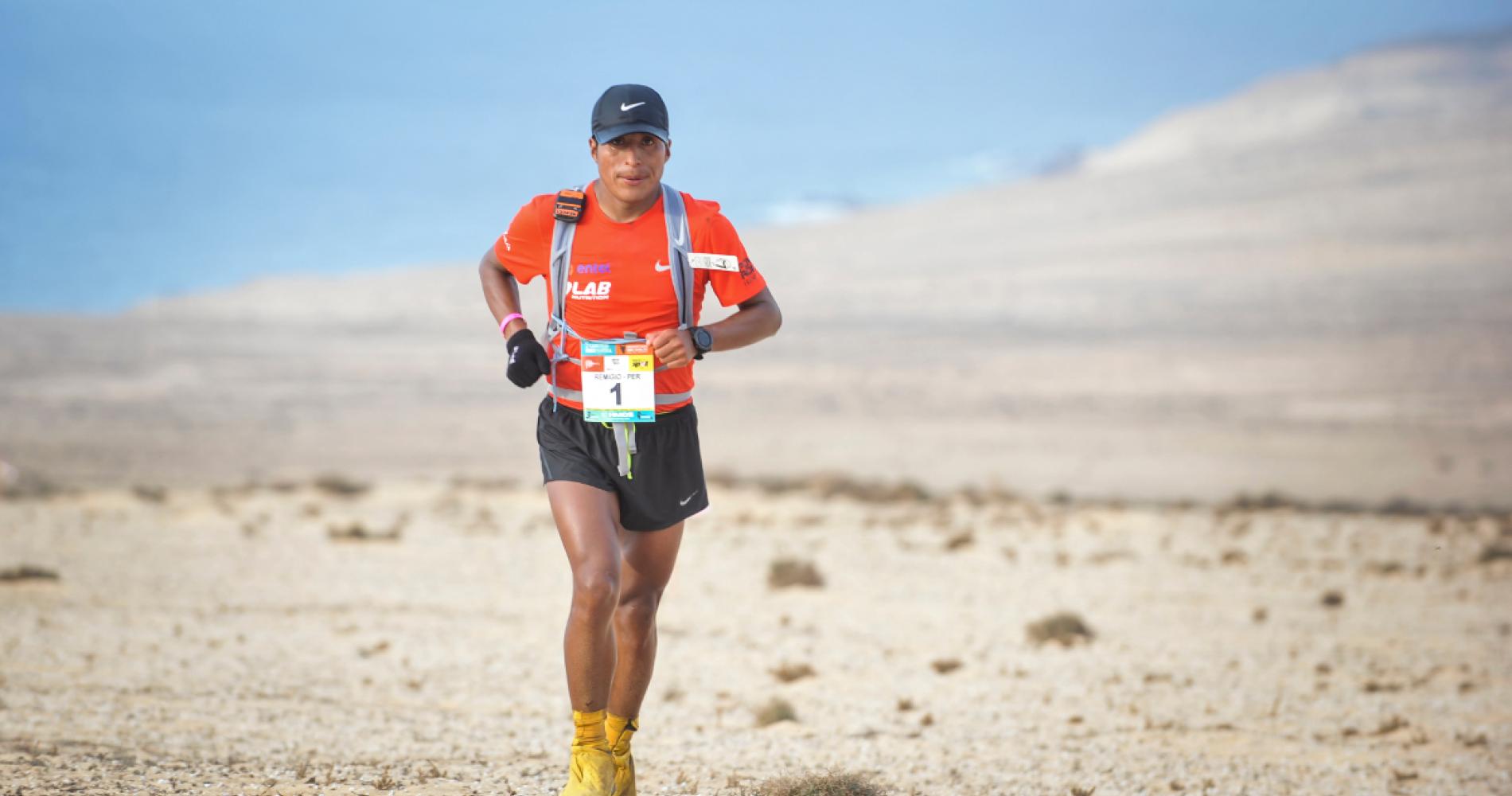 The Peruvian Remigio HUAMAN QUISPE (D001-PER) went very strong yesterday and now has a comfortable 30-min lead over his chaser in the overall classification. So if nothing unexpected happens, he's actually already won the race. The same applies to the Women's category, where Anna Marie WATSON (D240-GBR) is 40 minutes ahead of Kristina Schou MADSEN (D264-DEN). The gaps are also quite impressive: almost 1 hr 30 min between the first and fifth men, and nearly 2 hrs 30 min for women.

I had no strategy but to run on feels and listen to my body. I was not really focusing on the other female runners, but the fact that I’m currently first is obviously a nice bonus! I particularly liked running along the cliffs underneath the camp, with the sun setting and the pinkish colours in the sky – so beautiful. And coming into CP2, in the middle of tourists eating ice creams – so surreal!

I followed my race strategy, which was to accelerate to increase my lead over the fourth woman and make sure I would stay on the podium. It proved to be quite successful, as I'm now ahead enough to be almost certain to make it to the podium tomorrow. The first stage was magnificent from beginning to end; in the second stage, I really liked the beautiful section along the cliffs and the sea, and the last part of the course, with the sand dunes - really spectacular.

A beautiful stage, though quite tough with all those pace changes. I felt pretty well until km 55, but after, when the night came, things became a bit tougher, especially in the last sand dunes. It's the first time I run such a long distance, and I was a bit nervous...but in the end, everything went better than I had expected. As a local inhabitant of the island, I'm impressed at how the organisers summarised in this event all the beauties of Fuerteventura: sand dunes, mountains, sea, cliffs, heat, and much more!

The long stage went better than expected. The race conditions were pretty hard – especially the climbs/descents in the first part and the heat in the second – but everything was perfectly organised, particularly at the CPs, and I really enjoyed the stage. Tomorrow's stage will certainly be faster, and possibly on a more volcanic terrain.