"I FELL IN LOVE WITH THE ICA DESERT" 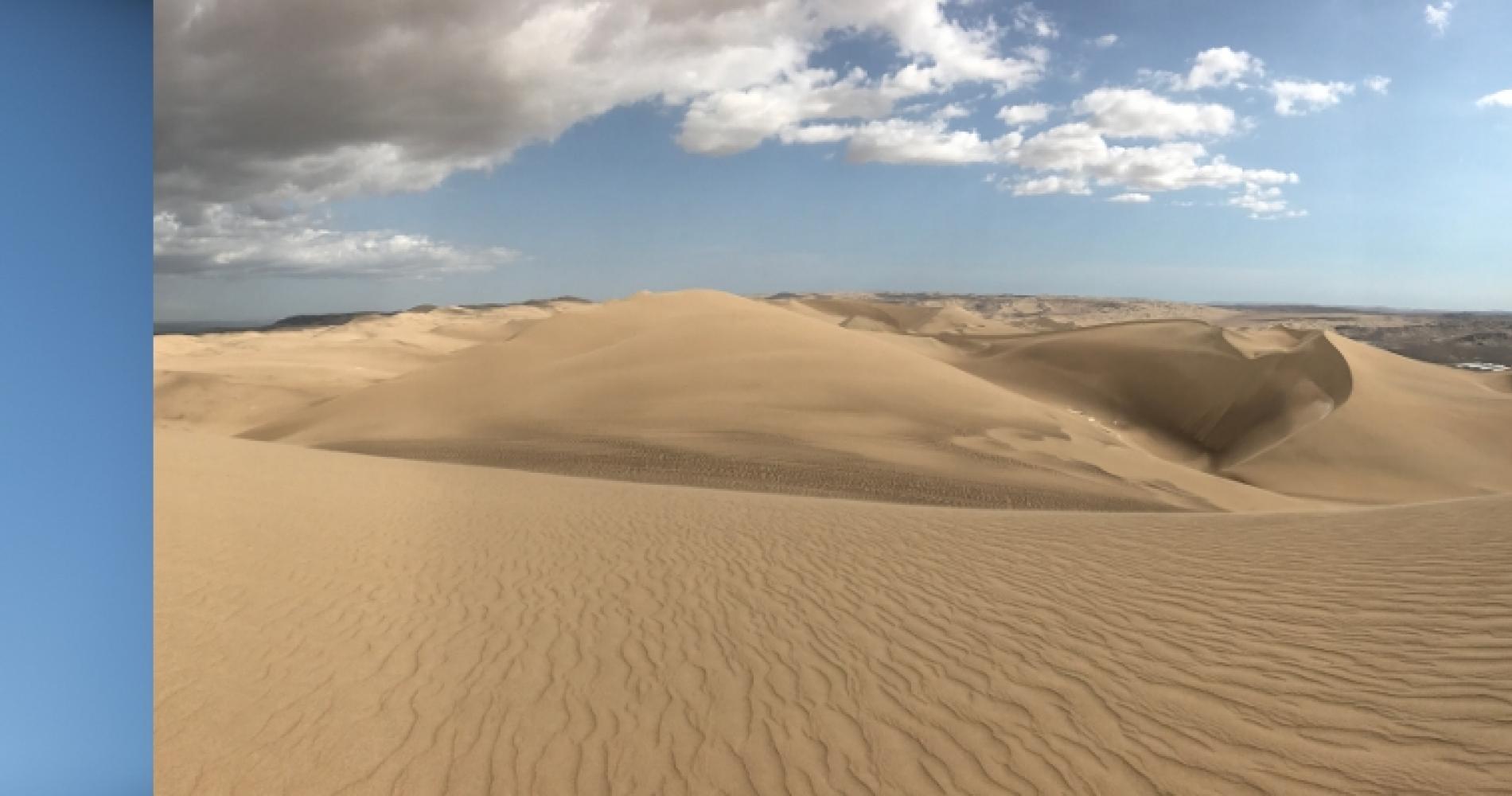 Patrick BAUER, creator of MARATHON DES SABLES MAROC, is also behind MDS PERU. Here, he goes over the course and the environment in which this first MDS PERU will take place, from 26 November to 6 December 2017.

Patrick, what did you think of the Ica desert the first time you saw it?

Can you explain what kind of terrain the competitors are going to come up against here?

In Peru there are no regs -those vast pavements of stones found in Morocco. There are lots of areas of firm sand, little oases, huge sand dunes, dune corridors, canyons…

Canyons, like the Grand Canyon in the United States?

Yes, it’s like a great valley inside which there are small villages that have been established near rivers. The competitors will cross one of these immense canyons, and be able to see a second one, which is also very beautiful.

Although the event is in Peru, is it true that that it’s not taking place at altitude?

That’s right; acclimatisation won’t be a concern, since MDS PERU will take place at sea level, with the highest climbs being around 3-400 metres. This course probably has less of a difference in altitude than Morocco, but there are still some beautiful climbs, and extraordinary views from the heights.

The promotional images for the event show cliffs bordering the Pacific Ocean, will the competitors go along these?

Yes, indeed, the competitors will go along these cliffs bordering the ocean, passing some truly fabulous locations. What’s more, the bivouac where they’ll arrive after the long stage and stay for two days, is just magical. It’s right beside the Pacific Ocean, sheltered from the wind. There are fishermen in the area, and if the competitors want to, they’ll be able to try their hand at fishing! There are abundant white fish here, the ones used to make ceviche, the typical Peruvian dish.

Does the route pass by villages?

The beginning of the course takes us gradually away from civilisation until we find ourselves in vast, empty natural spaces. It's really impressive! But from time to time, it will take us near small villages, and we even go through a very pretty, very typical one.

Will there be a lot of sand on the course?

In addition to the big dunes, there is a lot of sandy ground, but it’s quite firm. I'm sure the MDS runners will be able to run at around 18-19 km/h on it! But, in any case, the terrain is very varied.

I also heard that there are some geological curiosities…

Ah yes! In some places there are 'quesos' -giant yellow 'cheeses'- set in the middle of nowhere, sculpted by wind and erosion. There’s a phantasmagorical quality to them. From time to time, you also find rocks placed one on top of the other, just like that, on a plain, and wonder how they came to be there... We go through some really strange and different places. At times it feels like a Star Wars movie, as if a spaceship might be about to land...

Did you have many constraints when putting together this route?

Yes! But that was totally to be expected: it really is an incredible opportunity to be able to offer this course, in a region that’s a Natural Reserve. We couldn’t be allowed to do whatever we wanted; we had to work with archaeologists to determine the route and the places we could set up the bivouacs... In the area, there are Inca geoglyphs –drawings that can only be seen from above– and Inca routes –over 30,000 km of trails going into several different countries! There are also birds nesting in the cliffs, and of course they should not be disturbed. Like with MDS MAROC, we have to ensure we preserve the environment, as well as the archaeological treasures.

Was it partly thanks to the Peruvian authorities that you were able to make this project a reality?

It’s thanks to the support of the Ministry of Tourism and the Peruvian government that we’re able to organise this MDS PERU. Thanks to them, we’ll be able to share the most beautiful aspects of this desert with our competitors. It’s truly a world first: no one has ever been allowed to organise an event in this area. And, as part of this world premiere, we’ve got lots of little surprises in store for our competitors... It’s going to be amazing!