MANAGE TO GO TO THE END 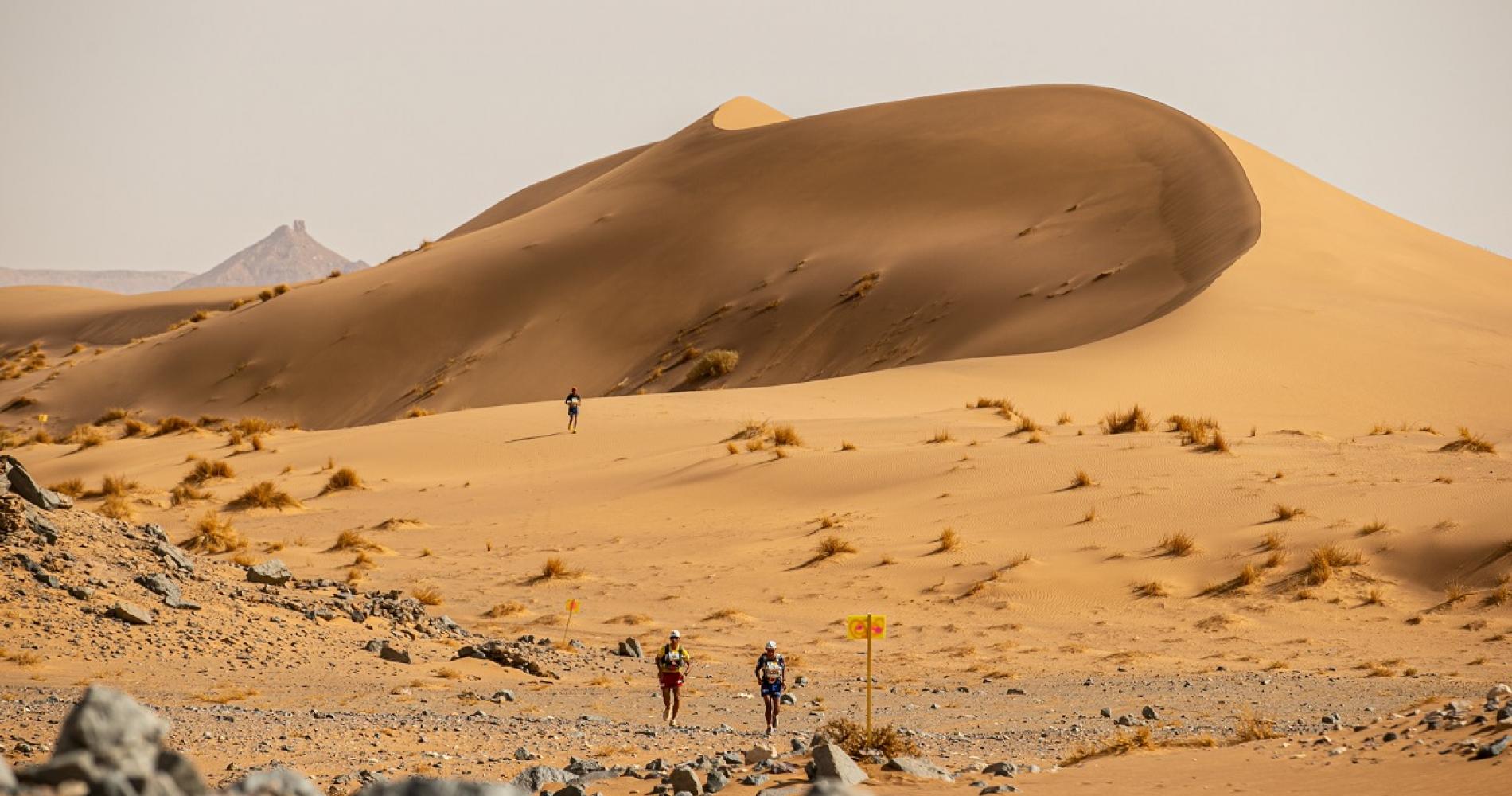 The long stage of the 35th MARATHON DES SABLES this year offers 82.4 km of desert with the highlight of Jebel EL OTFAL. The organization distributes additional water to compensate for the heat.

Smiles were tight this morning on the bivouac of the 35th MARATHON DES SABLES. The cause: the stage of the day, 82.4 km of desert including about twenty kilometers of dunes, and especially the immense djebel EL OTFAL 19 km from the finish. It is already difficult in itself, but the ever-present heat makes it very impressive. Elisa BERNARD (FRA), for her first participation, with three blisters on each foot, was this morning “in total stress compared to this stage." At his side, Patrice BLIN (FRA), also a novice on the MDS, hopped in all directions - "Stress, I do not know!"

Even though the thermometer has dropped slightly, the temperature remains very high, making the race complicated. The vast majority of the peloton thus moved on to march, progressing cautiously so as not to take any risks. On the organizational side, an additional water distribution has been set up. And soon the night will fall on the Sahara and then everything will be a little easier: the heat will fall, the starry night will replace the leaden sky, the light sticks will light the way forward, and it will only remain come home before 4:40 p.m. tomorrow.

WOMEN'S LEADER RACE
If many competitors seemed fearful this morning, Aïcha OMRANI (FRA), currently second in the women's standings, was full of envy: “I went a little too fast on the first stage, and afterwards I decided to follow Aziza RAJI (MAR) who knows the region perfectly. I adjusted to his pace and it works well.“ Aziza is currently leading the long stage, and the Japanese Tomomi BITOH completes the provisional podium. The French Elise CAILLET and Séverine CAILLIEZ, a Troyenne, are currently five and sixth.

MEN'S HEAD RACE
The good understanding between Frenchmen Mathieu BLANCHARD and Mérile ROBERT and their performances on the first three stages could suggest that they had something to do on the long stage, especially since both appreciate long distances. But that was without counting an intestinal affection for Mathieu last night, and of course the heat and the favorable ground for the Moroccan runners; at two-thirds of the race, it was Rachid and Mohamed EL MORABITY who were in the lead, followed by Aziz YACHOU.