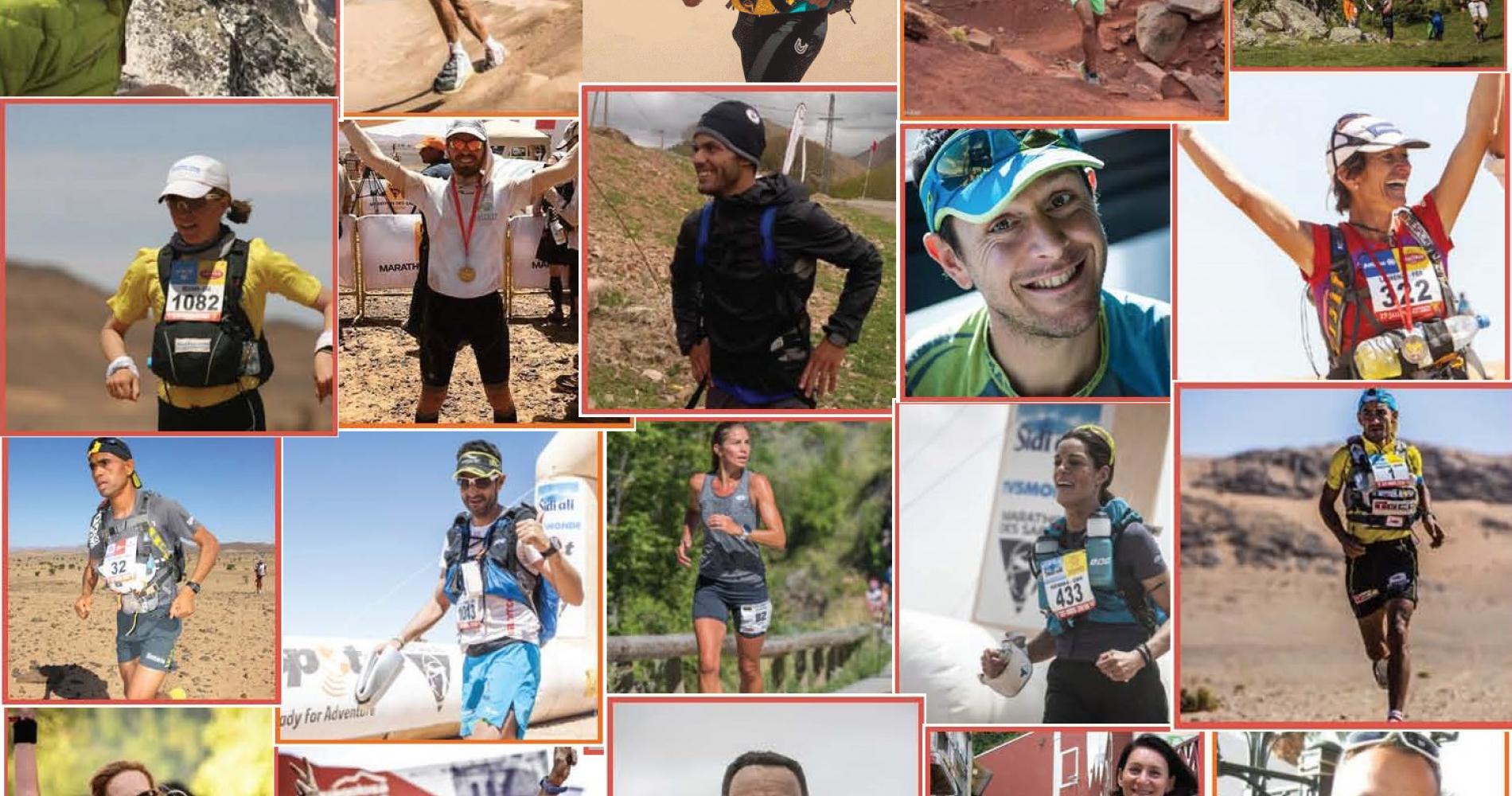 The 34th edition of MARATHON DES SABLES will start on April 7th in the heart of the South-Moroccan Sahara. Moroccan Rachid EL MORABITY will be looking for his seventh title, while Dutch Ragna DEBATS, World Trail Champion in 2018, dreams of winning his first victory.

At MARATHON DES SABLES, several hundred anonymous people rub shoulders with a few "stars" from the world of trail and ultra. Among them, a handful are likely to reach the podium. Review details of the favorites of this 34th MDS.

After two places of 3rd and 4th at the Trail World Championships in 2016 and 2017, Ragna DEBATS won the title in 2018 in Penyagolosa (Spain). Dutch, this professional athlete who will be just 40 years old at the start of the the 34th MDS lives in Spain. She has never run the MDS, but she already has experience of stage races. Great favorite.

Third on the MDS 2018, and before that fourth in 2015, the British Gemma GAME should once again reach the podium of this 34th edition. A safe bet

Winner of the MARATHON DES SABLES in 2013, Meghan has also placed three times in the Top 5. She has not come running in Morocco since 2015.

Alexandra participated in the MDS in 2016 (51st), and with this experience, returns with the desire to do well: "It was almost my first trail! I want to reiterate the experience by avoiding all the mistakes of beginner; After discovering this adventure, I now want to go there to perform. "

At 50, Laurence KLEIN returns to the MDS after a short period of abstinence: "This will be my 8th MDS (including 3 wins). I'm coming back again because I miss the desert and it's good for me. And especially I promised myself to return for my 50 years! "

Monica GUILERA SALA has never run the MDS; at 40, this physiotherapist living in Barcelona is a bulimia of committed mountain races. But the desert remains unknown to her ...

The 52-year-old French has never run the MDS, but she has three strengths but she is comfortable on very long events, on the wheel and the technique, and has a good base speed.

The 43-year-old Londoner, Europe Head of a large group, has never participated in the MDS. She won 13th place on the Monte Rosa Ultra Tour, a 170km mountain race in 4 stages.

A 51-year-old lawyer living in western Paris, Mireille MULL-JOCHEM comes for the first time to the MDS: "Even though I am seasoned in long-distance races, I do not have the experience of a stage race. such a dimension. My goal will be to rank in the top 10 women. "

Moroccan Rachid EL MORABITY is again the favorite of this 34th edition of MARATHON DES SABLES. With 6 victories, he approaches his dream: to match the 10 victories of Lahcen AHANSAL. Once again his little brother and a handful of Europeans will try to play the spoilsports ...

Rachid EL MORABITY's little brother, Mohamed, 27, could be a bit of a challenge for his 10-year-old. He took the second step of the podium in his first two participations at the MDS. Will youth pay? Did the EL MORABITY brothers start a saga at AHANSAL (15 wins for Lahcen and Mohamad)?

Novice on the MDS, at 39, the winner among others of the Diagonale des Fous (2011) has a strong sense of humor: "I do not like hot, I do not like sand, I do not like wearing a big bag and I like to shower every night before stalling on the sofa with a cold beer. "

Merile ROBERT surprised us last year: he climbed on the 3rd step of the podium, all smiles. This 34th edition will be his 4th participation in the event; so far, he has always progressed ... he has only two places left to scrounge!

Fourth in 2017 for his first participation in the MDS, Abdelaziz BAGHAZZA has his youth (24 years) to try to outdo his opponents.

At 45, this Moroccan living in the north-east of France already has a good track record on the MDS: 10 times in the top 15, including a 3rd place. He has not come since 2013, but he may not have forgotten how to read the sands...

Sébastien NAIN (FRA)
With a 10th place on the MDS in 2010, Sébastien Nain can hope to shine again in the heart of the Sahara.