Preparation of the feet for the MARATHON DES SABLES

SIXPRO the cream you need 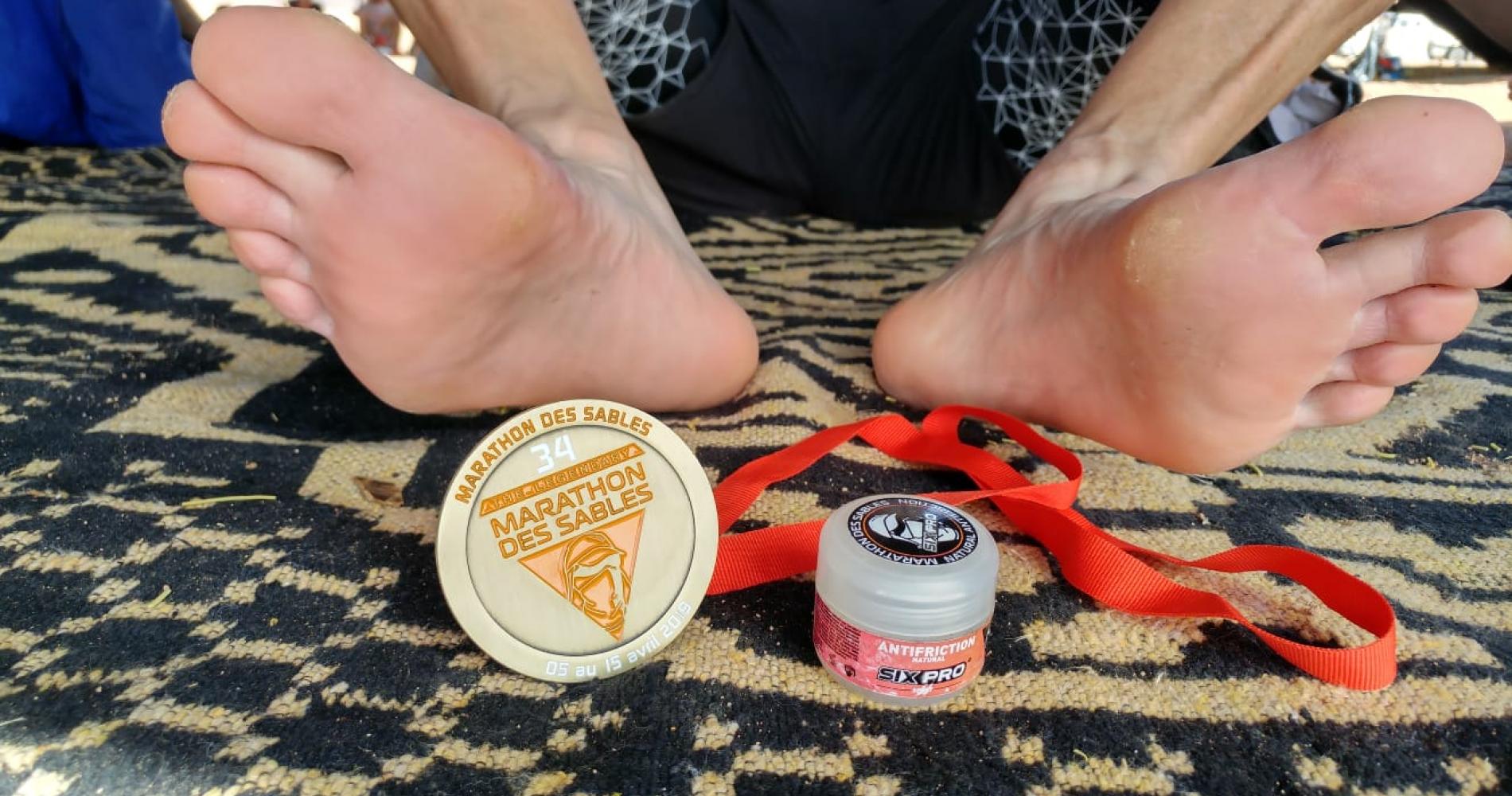 The MARATHON DES SABLES is an extreme event: very high temperatures, difficult terrain, sand encrusted everywhere, minimalist life on the bivouac ... And of course, 250 km to cover on foot ... The feet, precisely, are very busy on MDS. According to Frédéric Compagnon, MDS Medical Director, “About half of the runners come for treatment for foot problems. "

To minimize these problems, a simple but effective protocol is offered to runners: preparation, choice of equipment, and daily care during the event. A key element of this preparation is the anti-friction cream which will be applied to the feet before the test to soften the skin, and during the test to deposit an oily film limiting friction.

There are many creams on the market, but since last year, the MDS has been promoting SIXPRO cream, which has been tested effectively for two years on the test. Of course, it is effective, but in addition it is 100% natural and handcrafted. Two major assets which join the values ​​of MARATHON DES SABLES. 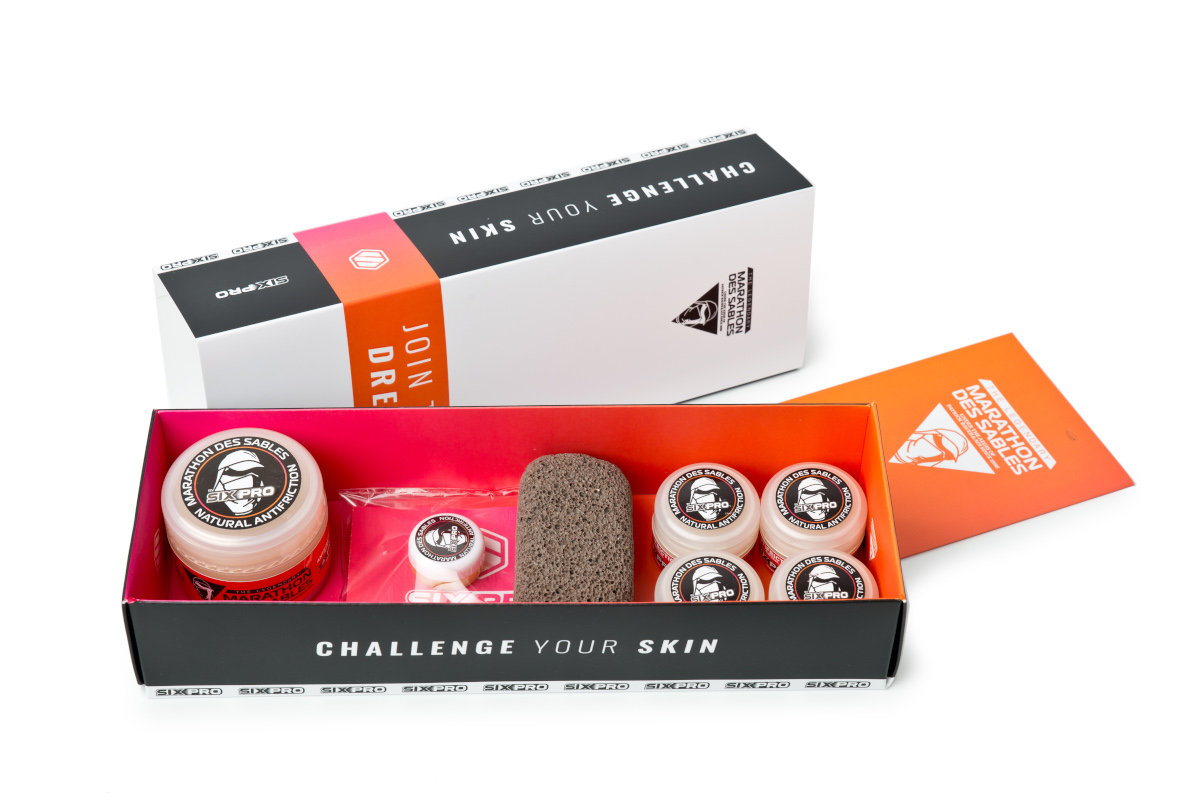 SIXPRO anti-friction cream with repairing properties is natural, hydrating and nutritious. It enriches and brings elasticity to the skin. SIXPRO cream is available in different packages on the MARATHON DES SABLES store.