RACHID AND AZIZA READY TO SHINE FOR MOROCCO 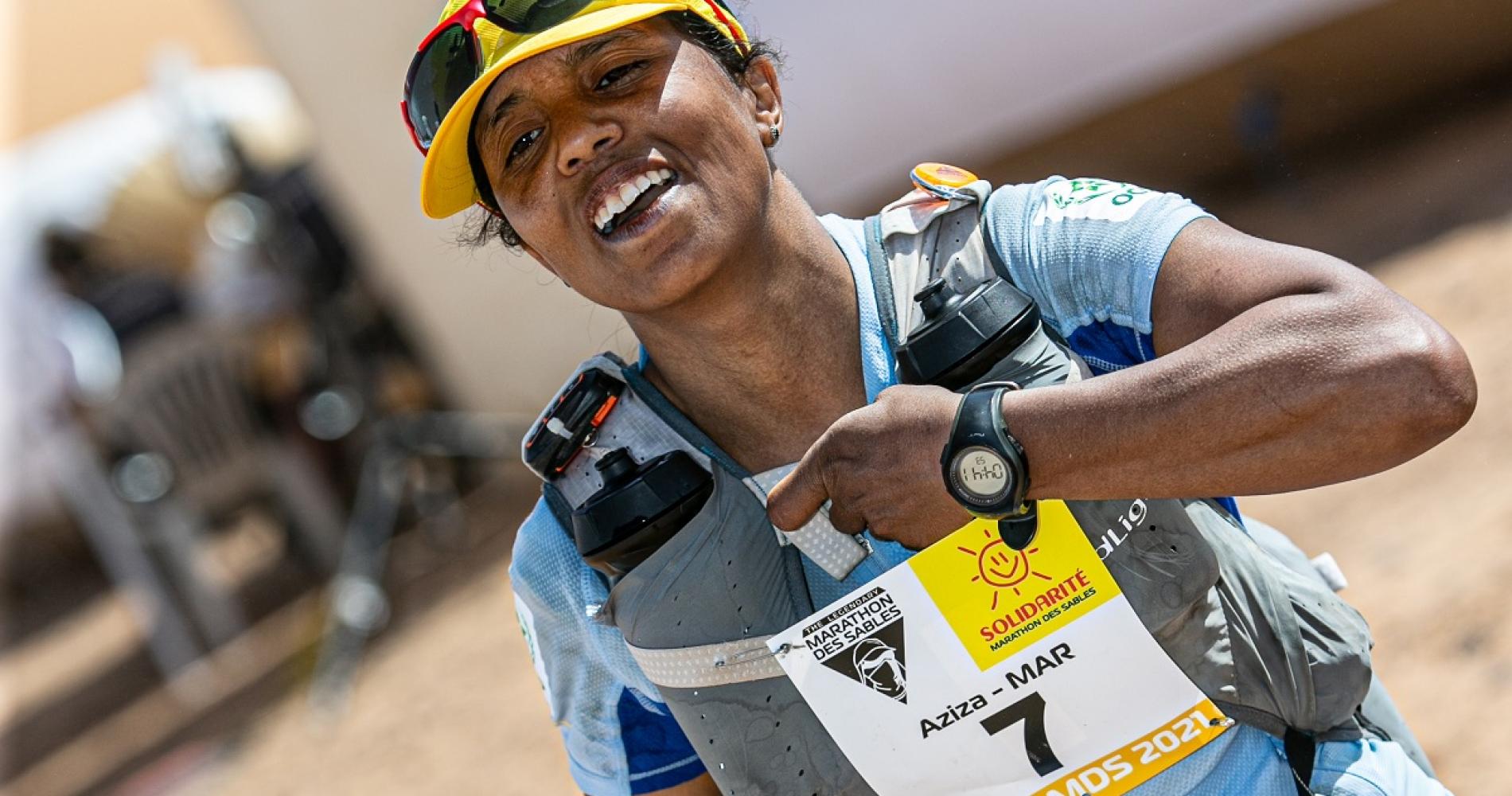 Moroccans Rachid EL MORABITY and Aziza RAJI won the long stage of the 35th MARATHON DES SABLES with a comfortable lead. Both are expected to win tomorrow, barring any incidents. This would be the eighth victory for Rachid.

Both of them were dreaming of this victory, and their respective performances on the Long Stage of 82,5km that started yesterday morning could well enable them to fulfil their dream: Rachid EL MORABITY and Aziza RAJI won with a large lead on their favourite terrain, in the heart of the southern Moroccan Sahara. Rachid and Aziza did not try to play any strategy on this stage: they just did what they know best, i.e. running at a constant pace, despite the sand, the hills, the fatigue, and the heat.

In the men's category, two other Moroccans complete the podium of the stage: Mohamed EL MORABITY, Rachid's younger brother, and Aziz YACHOU, revelation of this 35th edition. He will undoubtedly be someone to watch in the coming years. As usual, the French runner Mérile ROBERT did a nice Long Stage and remains third in the overall ranking. His compatriot Mathieu BLANCHARD, who was ill during the entire night before the start, was unable to keep up with the pace from CP2 onwards and was relegated to the seventh place of the overall ranking.