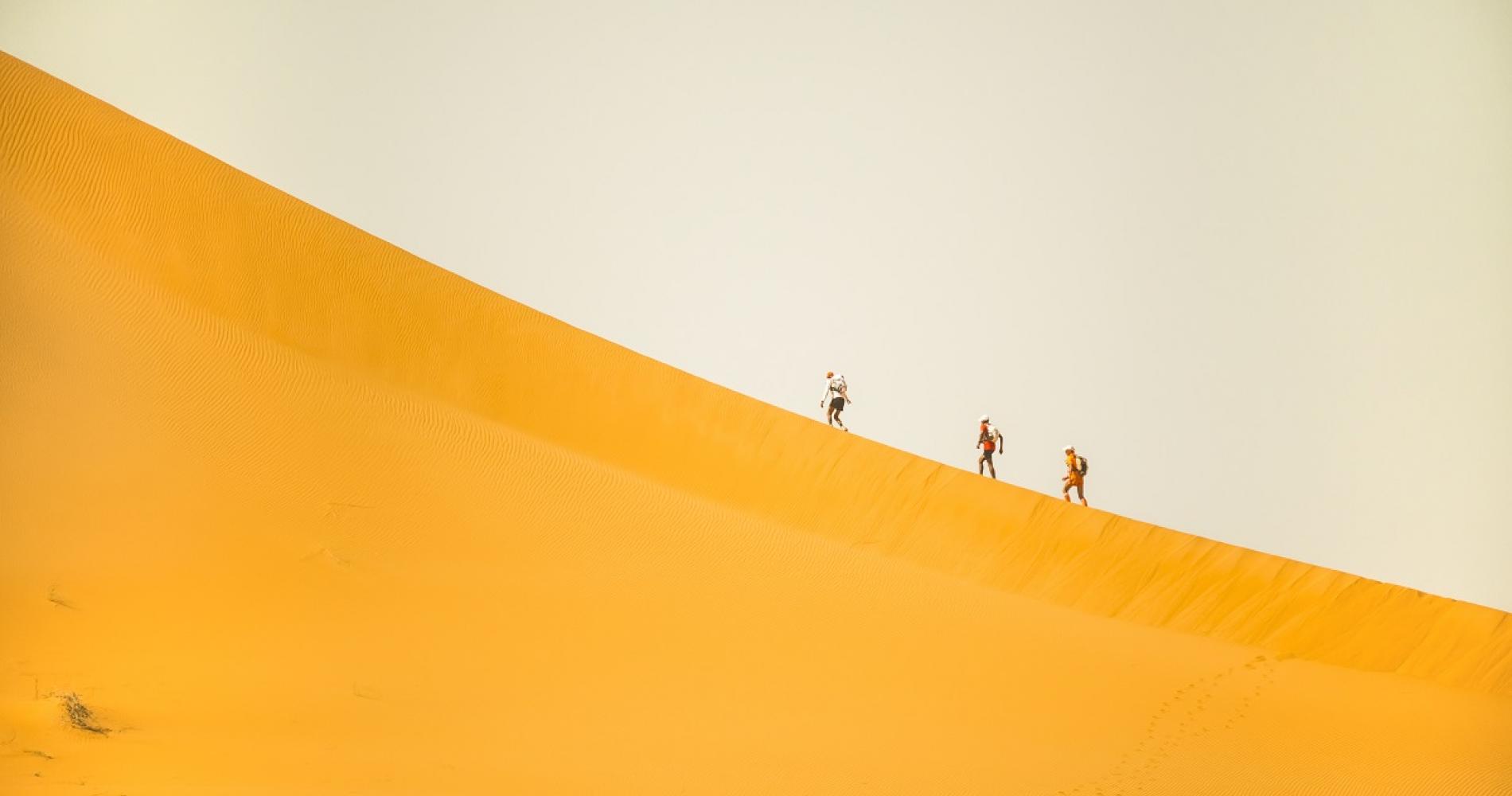 The 34th MARATHON DES SABLES was exceptional: a magnificent course of 226 km, 96% of competitors finishers, touching stories, the improbable participation of a dog, the inauguration of a solidarity center, a seventh victory for Moroccan Rachid EL MORABITY and a new winner, Ragna DEBATS from the Netherlands.

On April 7, 2019, 783 competitors from 51 countries made their way to the 34th edition of MARATHON DES SABLES. On the program: 226 km to run or walk on foot in 6 stages and food self-sufficiency in the southern Moroccan Sahara. The total distance of this 34th edition, slightly lower than that of previous editions, was offset by a course deemed "much more difficult than usual" by a majority of competitors. Many dunes, including crossing Erg Chebbi (Merzouga dunes) for 13 km from the second stage, long flat lands swept by desert winds, climbs with Jebel el Otfal as a highlight during the marathon stage ... Nothing was spared to competitors. However, with 96% finishers, the MARATHON DES SABLES once again strengthens its reputation as an event where everything is done to take the competitors to the end. The ultra professional management (600 people), including the medical staff (52 people) personified by the team of Doc Trotters which was the 20th participation, are doing everything for each of the competitors to reach the end of his dream. Exemple of Amy WINTERS (USA), first lady to finish the MDS with a leg prosthesis. If the MARATHON DES SABLES is a real sporting challenge, it is also a dream that comes true once the final finish line has been crossed. Medal around the neck, in the arms of Patrick BAUER, creator of the event and Race Director, the tears continue to flow. The preparation, the sacrifices, the doubts, the pains, everything is swept away - only the feeling of accomplishment of the most difficult events successfully overcome. And even as a simple spectator, we can only be touched by the dedications made on the line - to a mother recently deceased, to her children remained in Europe, to the cancer patients whose cause was embraced. And like every year, the MARATHON DES SABLES, these are also unlikely stories. In the second stage, around the first checkpoint, a dog joined the peloton. Navigating from runner to runner, rehydrated and fed at the following checkpoints, he completed the stage. Then he lapped on the bivouac all night, before taking the start of the next stage. And so on ... Finally, Cactus - this is the name that have chosen the social networks of the MDS, packed with history - will travel 4 and a half steps, or 192 km, equipped like all other runners with its GPS tag. And of course, at the finish, Patrick BAUER will give him as all his medal! Moreover, the dog is not an amateur, since it ranks well in the top 100 of the pack! Of course, competitors and staff worried about his health, which was considered excellent by a vet from the pack. Always on social networks, his mistress appeared; she is a German girl with a small inn near which the route passed during the second stage. She was able to recover her companion at the end of the last stage, a touching moment - more than one runner would have dreamed to adopt Cactus! Another touching moment of this 34th MARATHON DES SABLES: the inauguration of the Solidarity Center Marathon des Sables in Ouarzazate. The event is indeed engaged for 11 years through its association in the education of disadvantaged women and children of two neighborhoods of Ouarzazate. With the construction of this new center, these activities that employ 6 people and support 40 women and 240 children year-round will become sustainable. On the elite side, this 34th MARATHON DES SABLES will allow Morocco's Rachid EL MORABITY to win a seventh victory! His goal to catch up or even exceed the 10 victories of the legendary Lahcen AHANSAL is getting closer ... Rachid's little brother, Mohamed, is on the second step of the podium, a podium completed by a third Moroccan, Abdelaziz BAGHAZZA. The first European, Antonio ALLONGI (Italy), ranks fifth, and the first French, Merile ROBERT, is sixth. On the women's side, Trail World Champion Ragna DEBATS (Netherlands) dominated the event from start to finish for her first participation. Let's bet that she will not stop in such a good way. The podium is completed by the Moroccan Aziza RAJI and the British Gemma GAME (victorious last year). We dream for the 35th edition of a confrontation between all the laureates of recent years - Ragna DEBATS, Elisabeth BARNES (SWE), Magdalena BOULET (USA), Natalia SEDYKH (RUS) ... POSTPONEMENT OF THE 35th MARATHON DES SABLES TO OCTOBER 2021