"I am told that it is no longer my age"

We left for the fun of MARATHON DES SABLES for Amine KABBAJ, this follower of running, 68 years old. To run for him is above all a pleasure. "I am often told that it is no longer my age, but I am sure that the human body, mental and physical, has incredible capacities to progress at any moment of its life. So above all, never give up! " 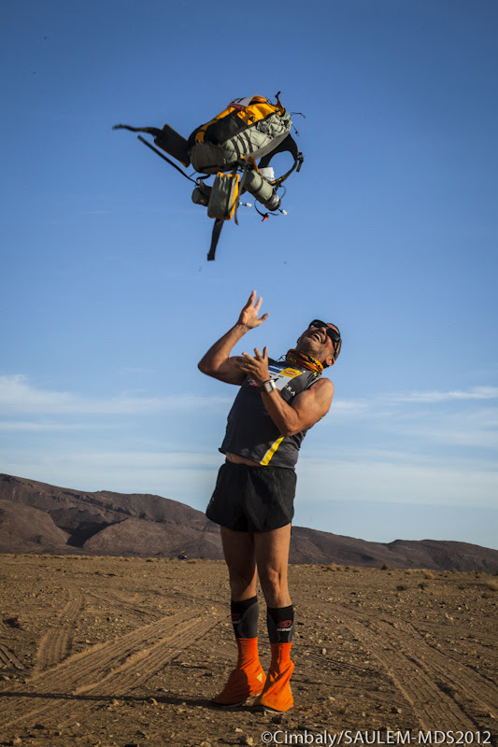 In 1997, he remembers perfectly the first call of the Sahara desert in southern Morocco. Conditions were more difficult there, in particular the multiple stops to empty the sand of his shoes which make him smile today. “Since then, the essential equipment [bag, shoes and socks] has been much more suited to the desert. We live better food self-sufficiency. It’s nice to find more varied dehydrated food in stores. No more basic pasta and soups of the time to make way for Asian dishes, tagines or couscous to enjoy with your friends over a wood fire. Also, this architect by training often takes on the role of adviser to competitors given his experience with MDS. While some of his compatriots prefer to prepare their feet by hardening them with henna for example, he opts for the suppleness of the skin. Its miracle product: shea butter. This protects both the toes and the soles of the feet. 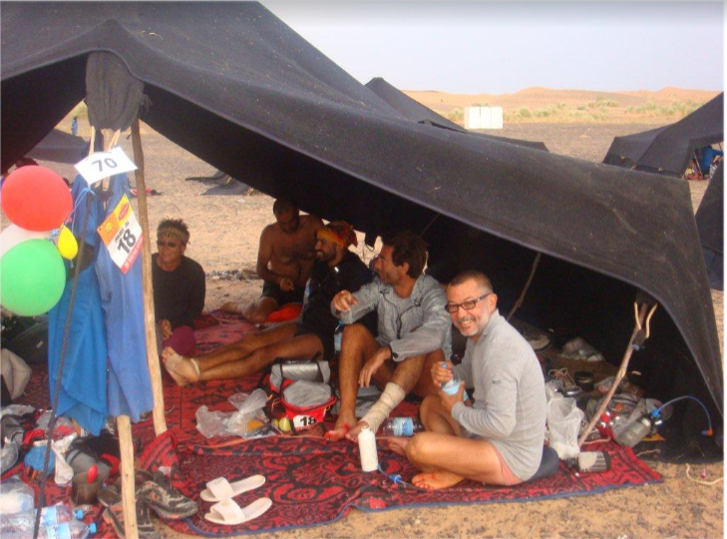 Anecdotes, unforgettable, magical moments, of mutual aid and solidarity, this Moroccan sportsman shares them without tiring. “In 1998, an English soldier who had jumped on an anti-personal mine ran with prostheses in the leg and the right arm. At each stage arrival, we were warned to welcome and applaud him. I had goosebumps every time. After this feat, he lit the Olympic flame in Nagano. The same year, you could admire Haley's comet every evening. It was extraordinary because in the desert the sky is clear. In 2014, I remember Jean, a French man who is dizzy. We crossed a sort of ridge with a vacuum on the right and on the left. I accompanied him for almost an hour. He closed his eyes and I held his hand as soon as the vertigo started again until the terrain was more passable. The next day, surprised, I received a lot of letters of thanks and support from his wife, children, parents and friends. "

"During my last marathon in 2015, at the start of the big two-day stage, that's it, I said stop, I'm giving up! It was thanks to Mohamed AHANSAL and Samir KABBAJ that I managed to complete the famous long stage. AHANSAL encouraged me by insisting on advancing at least to the first checkpoint. He would tell me afterwards if you still want to give up, well give up ... Arriving at the first CP, I am told you have a letter! It was a completely crumpled Samir paper where it said: "I love you, your wife loves you and your children love you! "And then a new letter to CP2, CP3, CP4 ... and then CP5, nothing left until the arrival ..." It was the confidence and faith of his friends that also strengthened his! A kind of positive contamination from good waves. While running, Amine admits that he was never afraid! Something brave and divine is taking hold. When you add this feeling of reunion with yourself in the desert, this fullness is unique to live!

One year, Amine KABBAJ also lived behind the scenes of MDS as a volunteer. He signed up to run but after an Achilles tendon injury, he chose to have the adventure backstage. "The organization is an impressive machine: security, surveillance, the medical team with its field hospital ... and Patrick BAUER, the organizer of MARATHON DES SABLES who is a prophet, a messiah of well-being ... Look at Christian GINTER , it will be the 35th anniversary this year and he will be there for the 33rd time! That means everything, right? I can't wait to be there after 5 years of absence due to a health concern. That's it, now it's past. And then why not do it again, a little later. I love the desert and its appeal is incredible! "

"MARATHON DES SABLES is in me"

A PERUVIAN AT THE MDS: A CLASH OF CULTURES

The world of trail in mourning