At 52, the Frenchwoman Florence AUTERIVES has been practicing trail running for thirty years! Suffice to say that she is one of the "pioneers" of this discipline, since at the time few events existed ... apart from the MARATHON DES SABLES. "MDS, I dream about it since its creation. I have been practicing trail running for thirty years, but it was not until 1999 that I ran my first long trail, the Templars, and only in 2017 did I run my first ultra-trail, a 130 km in Cambodia . And since then, Florence has been busy since she ran three more ultra-trails, including the famous UTMB.

But between the beginnings of the traileuse and these athletic exploits, there was a period of lean cows: "I was operated on with both knees, and I stayed four years without doing any sport. Of course, in this period, I gained 10 kg… ”It was only in 2005 that Florence resumed jogging, and for ten years she did not pull up a bib, anxious to regain her level of endurance and performance.

Good memories of racing, she has a lot, but two of them stand out particularly: "The ultra-trail of Cambodia, it was my first ultra, and I started after having made 800 km by bike Coming from Laos… It was quite a adventure, and an extraordinary race! And then I loved the UTMB experience, both human and sporty. Despite the average weather I had a lot of fun. " 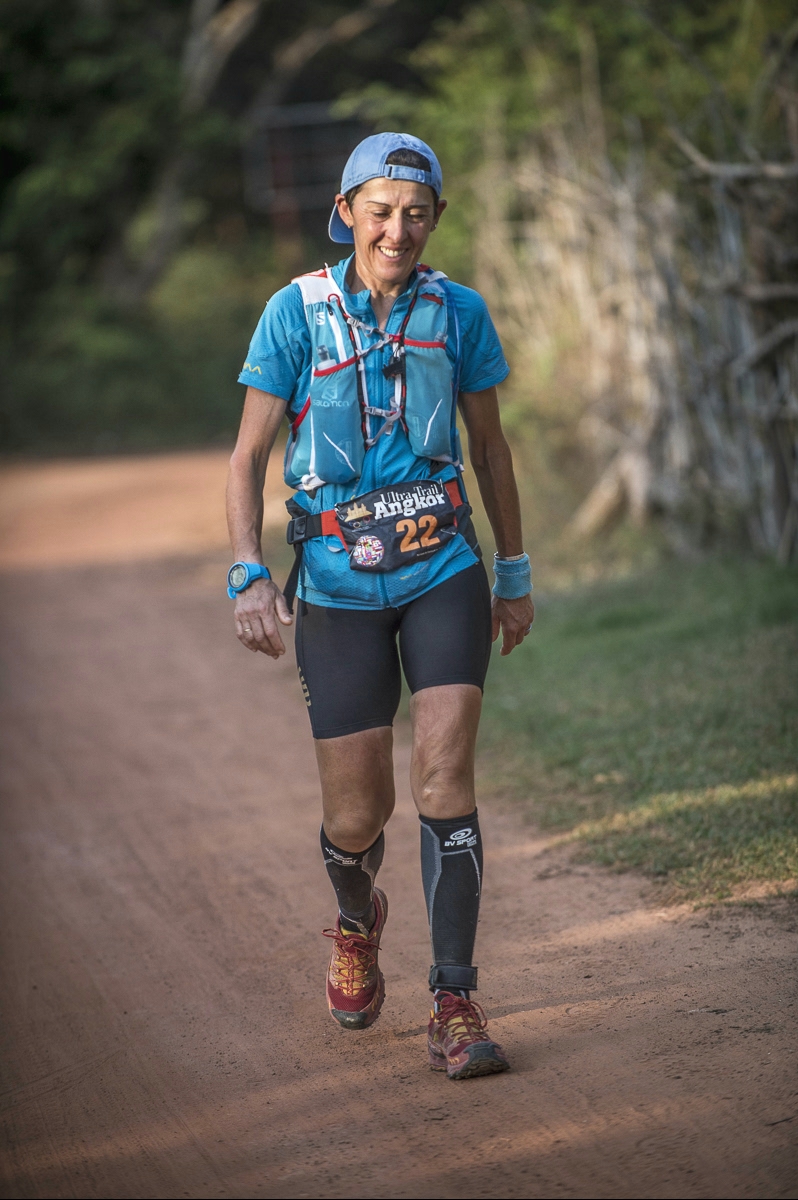 Conversely, Florence also experienced a lot of difficult moments in racing, especially on the Templar Winter in December 2017, with “60 km in the strong wind, the cold with -11 felt, snow and ice , repeated falls and abandonment at km 42 with pain in the lower back and a blocked sciatic nerve… ”Of course, during the MARATHON DES SABLES, Florence should not have this kind of problem! However, here again the weather conditions will not be easy to manage: "What I am most afraid of at MDS is heat and dehydration. And then I hope won’t eat too much sand! "

“To combine running and my love for this continent”

The little brother who has everything of a big one