Participating as a team in the MARATHON DES SABLES is a real plus: not only do you share the adventure with friends, but you also share your preparation, and you benefit from the advice of the most experienced. And in the GROUPAMA team, there is a significant competitor: Mérile ROBERT (FRA). With 4 MDS on the clock and very soon a fifth, the 49-year-old Frenchman, engineer at GROUPAMA, knows perfectly how to live his race well: "One of the secrets is to start on a really quiet pace on the first stage. There is an acclimatization phase that must be managed. Well, after when you want to grab a good place it is not the same, it is thoroughly from the start and stay in contact as long as possible! "

Merile, everyone knows him at MDS, not only because he has a very serious track record, but also because he is an ultra nice guy who keeps a smile on his face, even if it is not always easy. 33rd in 2012 for his first participation, 12th in 2016, he won a superb 3rd place in 2018. But in 2019, wanting to do too well, he “planted himself”: “I wanted to add by thinking that I could do even better, but i arrived a little tired at the start. I wanted to lose a lot of weight and paid for it. From the first stages I felt that I was not really into the rtyme ... But I remain very satisfied! "

How does a guy who can grab a podium on MDS train? "I run a little everyday, but this year I do other activities, cycling and weight training. And then we do bouldering with colleagues, weekends with two 40 km trail and beach outings, freeze-dried tests, equipment, we sleep in spartan conditions… ”It must be said that the GROUPAMA 1 team prefers leave nothing to chance: "We will try to play the podium even if there are two big Moroccan teams ..."

Mérile's best memory on MDS? In 2018 where he finished third: "On the long stage, the day went very well, the Peruvian had cracked, I had taken some time on EL MOUAZIZ, there was a big emotional load at the finish . "All of these memories, Mérile shares them with the newcomers who join the team:" I am coaching colleagues who are doing it for the first time. It's normal for the old to pass on to the new, but don't tell them everything either, it's part of the game of finding out there. " 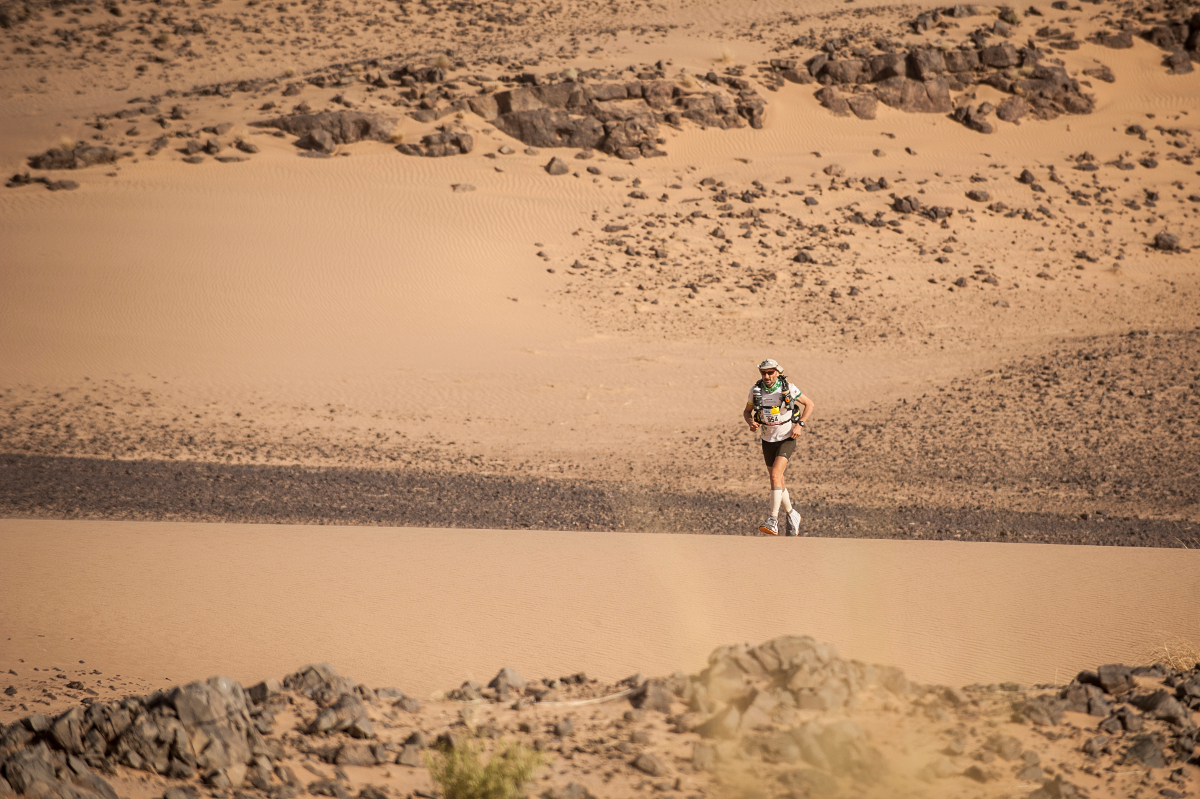 And despite his status as "champion", Mérile knows how to put himself at the level of others: "We have sporty people and others much less. Seeing the images internally, colleagues say to themselves "why not me?", This creates emulation. MDS is a really accessible race, even for a good walker it is largely feasible. You just have to be rigorous. "

“A STORY OF RACES AND MEN”

"Preparation is almost what motivates me the most!"