The desert was already in me

For the second time, Nicolas MARECHAL (FRA) will be present on the MARATHON DES SABLES next March. The first time was in 2018, when he had recently started long-distance running: “When you attack the ultra you look at what is hardest. Yet the MDS, I told myself that it was not for me, running 250 km in the desert with all this mess in the back... But I know Michel BACH who told me about his Saharan adventures: the MDS has become the race what I dreamed of doing. At the end of 2016, I had been beating around the bush for a few weeks, and one evening I announced to my wife that I had just registered! I didn't see her face... But she told me 'ok go for it, you'll succeed!'”

Although he was not predestined as a family to play sports, Nicolas nevertheless took up the game at a very young age: athletics, skiing, tennis, handball, squash, climbing, then 15 years of football before discovering trail-running in a little over 30 years old: “It was hard but I liked it: going further than what the body had decided in superb landscapes. The ultra version of trail quickly imposed itself on Nicolas, who lined up the events in the most beautiful environments. Since 2020, he has also had fun going beyond the limits on the road, with the tour of the Vosges by the 16 passes for example (32 hours), and it is not impossible that we will soon see him pedaling over very long distances. . In summary: the bottle doesn't matter, as long as you're drunk - "My engine is pleasure, I work at will. »

One might think that such a long-distance bulimic is training seriously to put the odds on his side… Well no: “I juggle my three schedules, pro, personal and sports. So my mantra is to run when possible. You have to be well organized to train 10 to 15 hours a week. Adapting to constraints, listening to your body, taking care of your diet and recovery: good practices!

If we look at the results, Nicolas is quite a good runner, often placed in the first third of the participants. But he does not feel the soul of a competitor: “I am 100% invested but I want to live the present moment above all. Whether I'm ranked 30th or 300th is kif-kif for me. I want to make the effort, but without compromising my pleasure or putting myself in danger. In this idea of ​​living the adventure to the fullest, Nicolas is rather minimalist in terms of comfort: “I take the bare minimum. If you bring a jacuzzi, your flat screen and your coffee maker, it distorts the adventure a little…”

Patrick BAUER often says that the MDS brings you answers to questions you hadn't even asked yourself, and Nicolas agrees: "The MDS is not a race, it's an adventure, and it's my most beautiful to date, it's an untold happiness to come back to it. This week has changed my life and the practice of my sport. There is clearly a before and after his first MDS. Before the MDS, Nicolas had never been to the desert, but he had always admired the prowess of Dakar riders, and The Little Prince and The Alchimist were his reference books: “The desert was already in me. Arrived at the heart of the dunes of Merzouga, I cried in front of the beauty and the immensity. And then Nicolas also retains life in the bivouac, this feeling of being part of a family, of taking care of each other...

And even more than in 2018, on this 36th MDS Nicolas will have to show empathy, because this time he comes accompanied by his wife. “I told him in 2018 that everyone should experience MDS at least once in their life… We will get that in a few weeks. She is motivated, even impatient. She has a crazy mind, I know in advance that we will build incredible memories. The next dream would be to run it with my children... But that's not for tomorrow! » 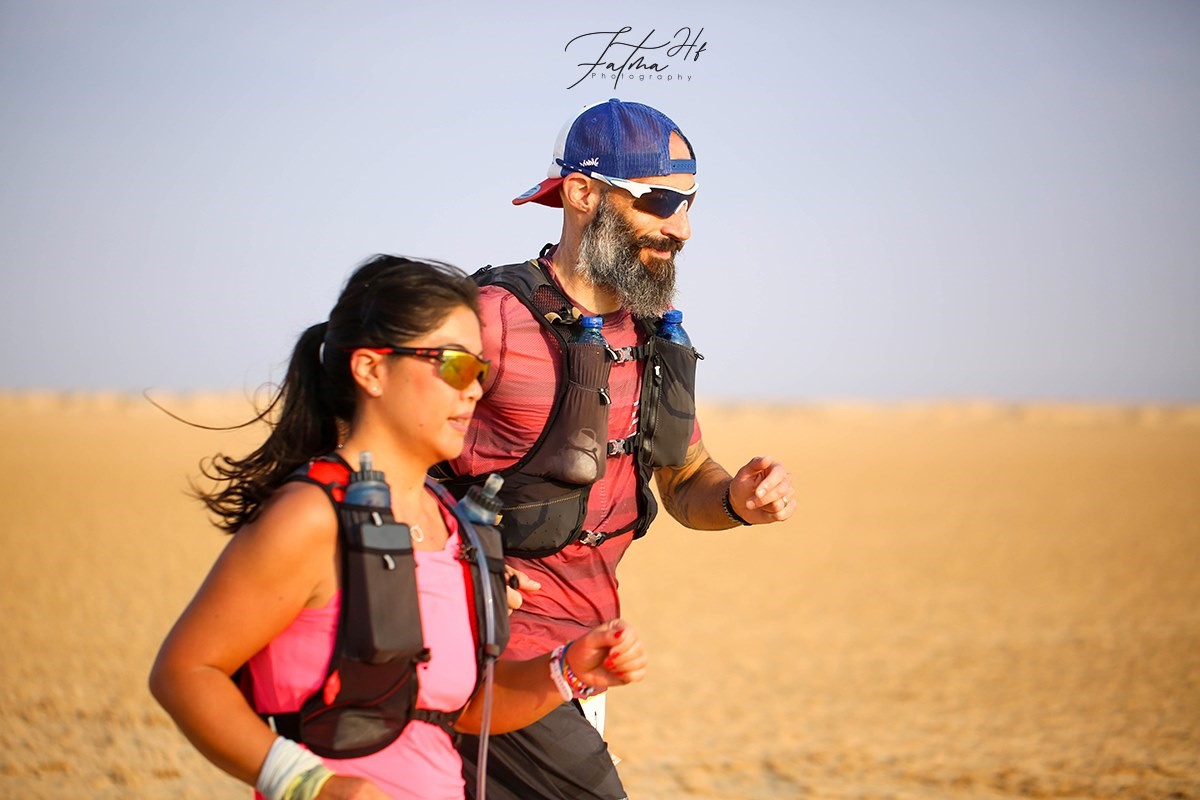 "You know it will be heavy, but that is why we sign up."