A legend in the making 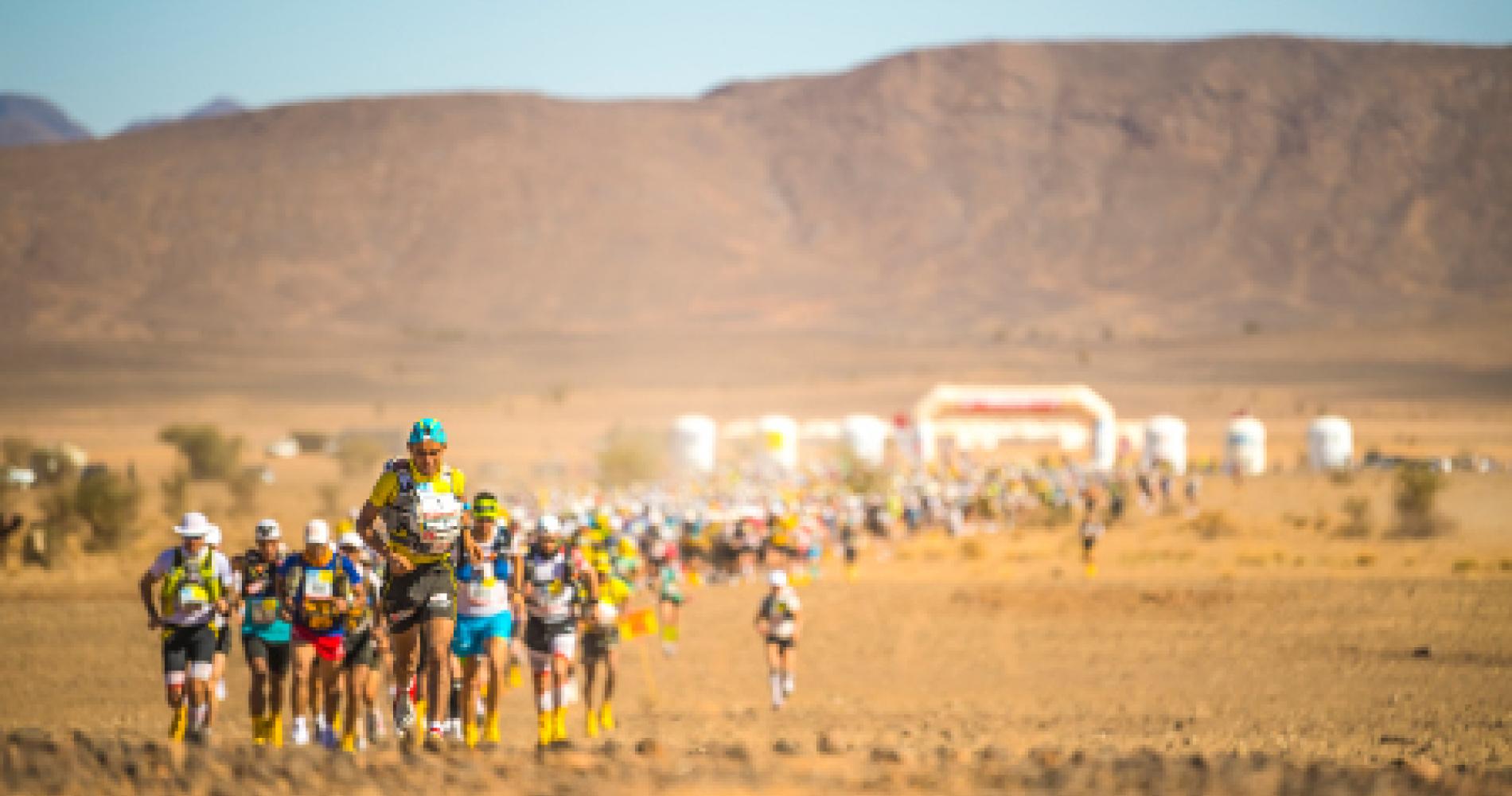 Now, it's no longer a mere dream: the 977 competitors of the 33rd edition of the MARATHON DES SABLES took the start of the mythical race this morning at 9 AM. Indeed, yesterday's checks delivered 977 "visas" authorising as many men and women to compete. All the favourite runners are present, but a few unknown competitors didn't make it to the compulsory checks, for various reasons (injury, disease, professional commitment, etc.)... The number almost dropped to 976 on the start line, as a Swiss competitor fell ill yesterday evening and had to be hospitalised during the night, but luckily, he felt better in the morning and was able to join the pack before the start. Cheered on the start line of this first stage of 30 km, the unlucky man was then able to get a taste of the daunting task awaiting his comrades and him over the next days.

"It's awesome – frankly, it's really…" A few minutes after crossing the finish line, Sabine DE MARNE (D0779-FRA) is unable to finish her sentence. The suspension points illustrate the emotion, amazement and simple joy a child could feel after a great afternoon spent playing with his or her friends. That's also something that characterises the MARATHON DES SABLES: grown-up kids who are having fun, who are enjoying the pleasure of crossing these desert expanses, fuelled by the desire to know what is hiding behind the dunes, but also behind their tiredness, their exhaustion, and the limits of their own body.

Limits that are reached very early in the extreme desert conditions: "I have blisters under both feet, on the arches. I was forced to walk for 15 km. For now, I'm gonna rest, then I'll go and see the Docs." Amadou KONE (D0976-FRA) is not alone in his dire condition: Raphael BERNIGAUD (D0827-FRA), an MDS finisher in 2003, found this first stage "particularly difficult. Very soon, I found myself in a difficult situation, amidst the dunes and the suffocating stretches. I had to slow down more than foreseen." Besides afflicted competitors, many others have not lost their sense of humour, such as Briton Steven SHIPP (D0608-GBR): "My best moment today? When I saw the finish line from the top of the dunes!" he says jokingly two minutes after crossing the finish line.

In the Elite category, those who have been following attentively the MARATHON DES SABLES will certainly have noticed the strange similarity between the first stages of this year and last year. At the beginning of the race, the Moroccan favourites stayed behind, giving space for expression to Europeans such as Merile ROBERT (D0954-FRA), who led the race for a few kilometres: "I hope to end the race in the Top 10, since last year, I finished 14th." Then, the talent and physical capabilities of Moroccans Rachid and Mohamed EL MORABITY (D0001 & D0205-MAR) took over, and in the last hectometres, Rachid let his younger brother take the stage win.

In the Women's category, the race was also a copy-paste of 2017, with imperial Natalia SEDYKH (D0220-RUS) replacing equally imperial Elisabet BARNES, the current title holder. The extremely fit Russian led the female runners, ahead of American Magdalena BOULET (D1019-USA), but the gaps are small: the race is just beginning!