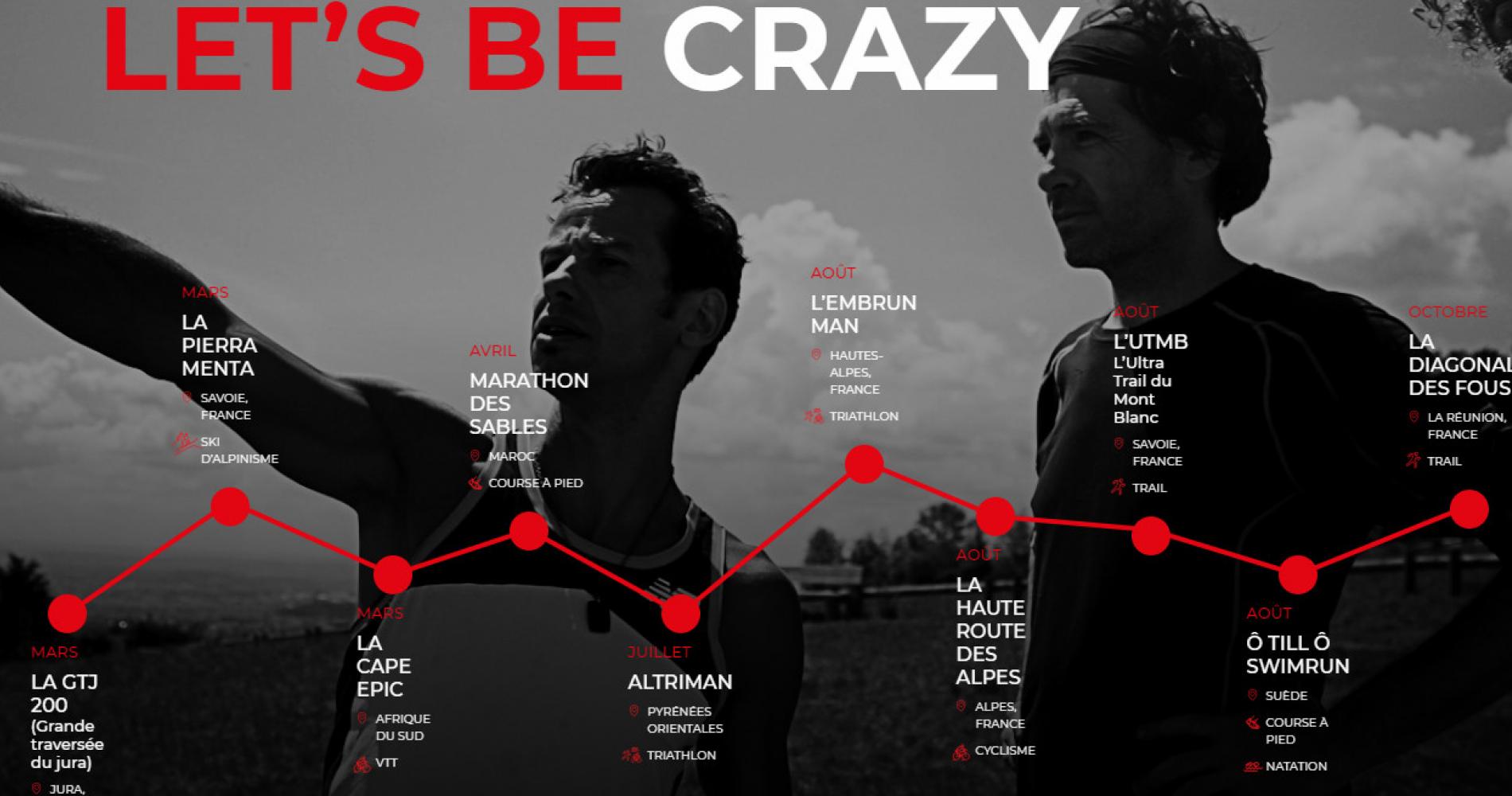 Pierre SALLET, Cédric FLEURETON and Guillaume ANTONIETTI set themselves a big challenge in 2020: to achieve the 10 most famous "extreme" endurance races in the world. On the program of cross-country skiing, ski mountaineering, mountain biking, stage racing, trail running, triathlon, road cycling and swimrun.

Pierre SALLET, founder in 2015 of the Quartz anti-doping program, participates in MDS for the first time and does so as part of this challenge, the XEFI XTREM TEAM named after their partner XEFI. 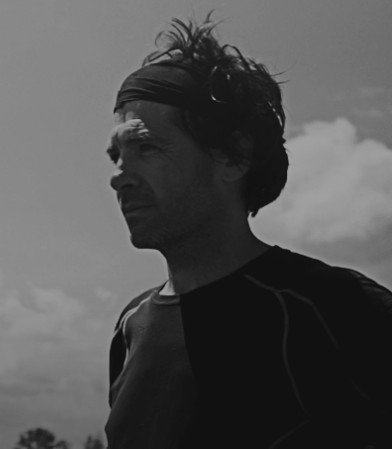 With Cédric and Guillaume, we've known each other since the age of 18, at the time we all signed up in the same triathlon club. We meet very regularly even if Guillaume is in Paris. We manage to train together, the three of them are rare, rather in pairs by mixing each other's movements, we have already done a lot of events together, in particular team triathlons when we were young.

The idea of ​​the challenge is a bit like me, but it could have been one of the others. It was done thanks to our partner XEFI via Sacha ROSENTAL, the owner, who started alone in a garage. Today his box is 800 people! Sacha is also a friend of ours, the challenge sticks to the DNA of his box, and he will even come to do a test or two with us.

In the challenge, there are paired races, for example the Pierra Menta and the Cape Epic in South Africa. We try to mix pairs and sometimes invite personalities. Christophe is going to do the Cape Epic with Christophe Bassons who we know well and who also has the same values: clean sport, sport without medication, to surpass himself and have fun. The Grande Traversée du Jura, we're going to be two different pairs but we're going to try to race together.

On the athletic side, in the trio, there is an extraordinary man, Cédric, he is a champion. For having tested it as part of my activities, someone to whom I say to tease him "you have no merit! "He has such an out of the ordinary physiological profile ... And that’s also why he lasts unlike his colleagues on the French team or others who were more hard-working than him with 30% more load. He does better with less training, he has truly extraordinary qualities. Guillaume is also a force of nature, you would think he did 15 years of high level rugby but he never pushed a dumbbell… And I don't think I'm out of the ordinary, it's rather my brain that turns a lot. Even though I ran elite with Cédric, I was very limited, I could not claim a career.

Through the challenge, we would like to help people, not those who have everything but rather those who do not have much, to find their motivation and embark on their own challenges. It’s not about money, it’s about happiness. And of course doping: we don't know what it is because we take zero medoc. Guillaume has treatment for hypertension but it is the only medicine we take. I haven't taken a medicine for years, Cédric alike.

To prepare for this challenge, we all have one big weakness: our extremely busy lives. Between the family side and the professional side, the level of training is not in line with what we should do ... In cross-country skiing Cédric has made zero trips, and we are three weeks away from the first test! We are far from making 7-hour cross-country trips to place 20 on the day of the race or for MDS 5-6 hour trips in the sand. We have experience, however, we know each other well. But what we fear most is the injury. You don't control, you can twist your ankle, get sick on D-Day… The sequences will be extreme, especially the Haute Route - UTMB - Otillö… We finish the Haute Route in Nice at 2 p.m. and we will in Chamonix to be at the start of the UTMB at 6.30 p.m., and once finished we go to the Otillö.

It's going to be a collective adventure, the goal is that one of the three can finish the 10 tests. Even if Cédric could make great performances, that is not the goal. It is up to us to show that it is possible ... and of course without using products.

Because what is the sport we want? You can't beat the 100-meter record every week. Ok an athlete runs in 9’40 ’’ ’, but we could also have great races with 5 athletes between 10 and 10’01’ ’’. Same for the bike, we don't care about the record for the ascent of Alpe d'Huez, what we want is that they are still 3 to 10 km away, that there are tactics , let it jump ... With Cédric that's a bit like that, I can use his example with young people.

In trail running, I think we are fairly well preserved, in particular thanks to circuits like the Golden Trail Series or the UTWT. And I think of events like the MDS or the Templars. Railings have been installed. Do not take drugs, do not have TUE: we are sick, we stay at home and we take care of ourselves. But don't be fooled either, we have people that we try to bring back on the right track ... As soon as there is a personal or economic interest, all sports are affected. It’s even massive: there are people who can be a star of their discipline and completely clean, and others completely unknown but border line.

I’ve been going to MDS for three years in a row as Quartz, I’ve seen a lot of people go by. The advice I would give to someone who wants to get started on MDS is to tell yourself that it is possible. It’s not an elitist race, but you have to be organized, rigorous. From there, you will find out how to do it, step by step, the budget, training, registration ... And when you are in the airlock on the day of departure, you will find all the solutions to overcome fatigue, move forward and cross the finish line.

Cédric FLEURETON, recent winner of the Saintélyon, will participate with Pierre as part of the XEFI XTREM TEAM challenge at his first MARATHON DES SABLES. 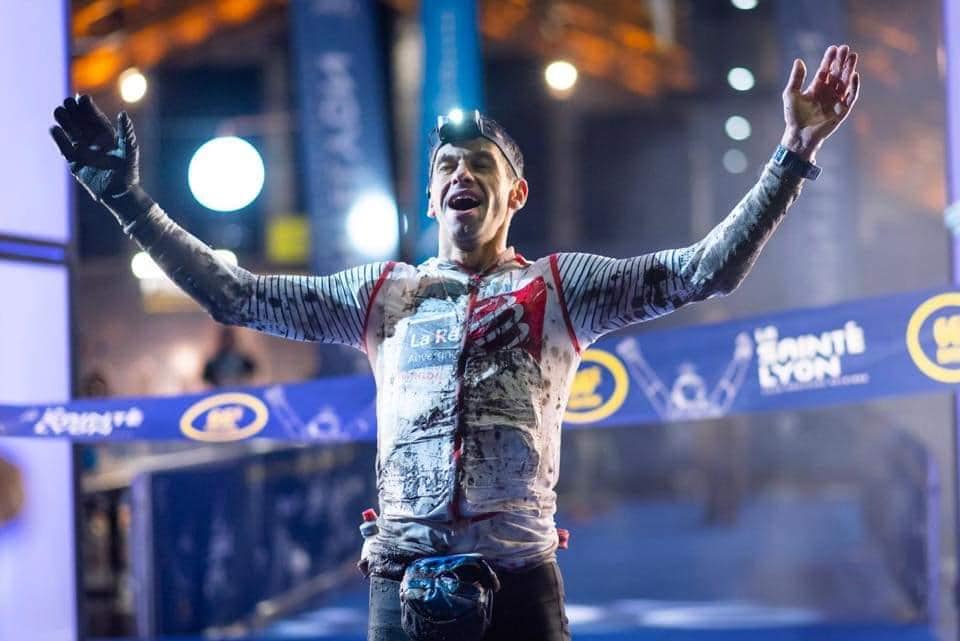 MDS is a legendary race that arouses the interest of any trail / ultratrail runner. There is a very special atmosphere, Pierre SALLET and Nathalie MAUCLAIR gave me some good descriptions. In addition, I know and particularly like Morocco (my mother lives there), so it was running through my head even before the project.

I come without any pretension of result. The goal will be to complete and finish all the races in the allotted time, there is performance. I may come back another time with other ambitions.

My strengths will of course be my endurance and my mentality with a good propensity to tolerate hot weather. Then it’s a stage race that is played in very special conditions. You will have to manage a lot of new parameters such as diet, sleep, temperature differences ... and there I simply lack experience.

I look forward to exploring this unique environment. Roots life does not displease me, not so long ago, I crossed the Atlas and part of Morocco on mountain bikes with friends, we slept and ate on the ground for a week, it was cool.

I don't have a season plan, the idea is to participate in each race as it comes. I do not do any specific preparation, I have been training almost daily for 30 years, I count on my experience and the knowledge of my body. Recovery will of course be the cornerstone to the success of the project, however I will not change my daily life, I will continue my life normally, that of a normal guy who works his 35h / s and who takes care of his family .