Sport, and especially running, allows for good things, as illustrated by the story of Marie and Félicie KUHN (FRA), a mother and daughter living in Forbach. Marie, the mother, says that “thanks to this sport, we got a lot closer to Félicie. "And Félicie to bid:" My mother is a fighter, I know she will always go at the end of things. "

MARATHON DES SABLES, Marie and Félicie dreamed about it together. "I have dreamed of MDS for a long time, and when Félicie started to run, we dreamed of it together. " If Marie runs for about 6 years, Félicie's craze is more recent: "I started running two years ago, and it was through friends that I really discovered what MDS is. . It made me dream, but for me it was an unreachable dream... until I was shown that I was able to participate. "

Marie is certainly a little more experienced than her daughter, but she knows she is embarking on a real challenge: "I am attracted by the surpassing of oneself, the adventure, the extraordinary side and also very human, also humanitarian. And what scares me is the warmth and the long stage..." But for Félicie, everything will flow naturally: " I'm not worried about my mother. We can not wait to be there, for several months our conversations are only around the MDS." 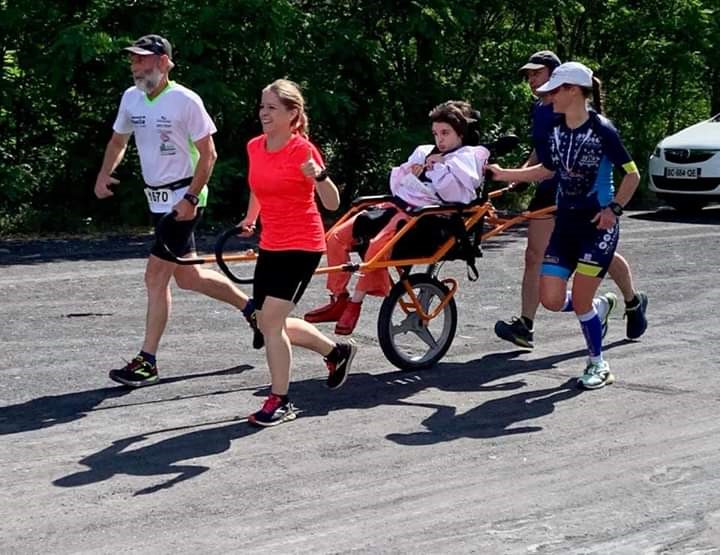 On the training side, both are in club and participate in semi-marathons, trails of 20 to 40 km, and they also made long runs (more than 60 km) alternating running and walking. A perfect idea for the long stage and the chain of 7 days of effort! And it's in a team - Les petits sablés lorrains -, with clubmates and two of their coaches, that Marie and Félicie will participate in the 35th MDS: "As a team there will be even more sharing, and we join in the Freyming-Merlebach Specialist Home. So we run for us, but also for a cause. "

Strengthening ties within this French family is a small stone to which the MARATHON DES SABLES is proud to have contributed. Rest another girl and the father to convince: "I have a second daughter who is not interested in running at all, and my husband is rather worried about our participation..." A challenge for the fortieth?

"I am an average runner"

THE FIRST TOGOLESE TO SET FOOT ON THE DUNE