A DROP-OUT RATE NEVER SEEN AT THE MARATHON DES SABLES 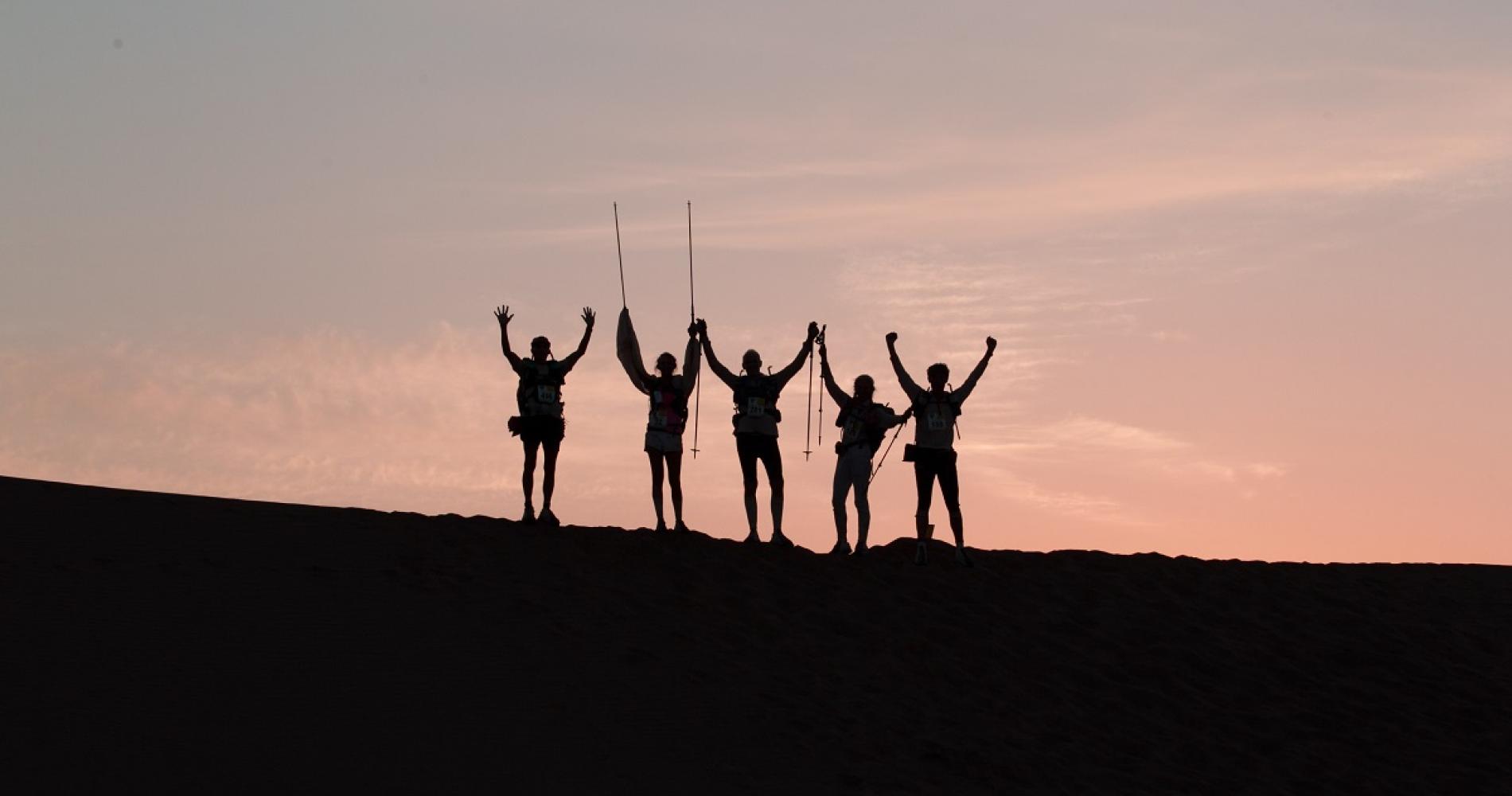 Today, fifty competitors are still expected at the bivouac, which will bring the number of finishers in this fourth stage to around 350, i.e. just over 50% of those who took the start. Such a high dropout rate has never been observed in the 34 previous editions of the MARATHON DES SABLES. The causes seem to be multiple: first of all the heat—which was higher than usual—combined high humidity and practically no wind. According to staff members living in the area, temperatures are abnormally high for the period.

Another important point: intestinal problems. Of course, every year some participants get sick, but this year the stomach problems affect most of the tents. It should be noted that the     staff is also severely affected. Of course, walking or running tens of kilometres in the desert every day with little energy and hardly any rest becomes very difficult.

Frédéric COMPAGNON, Medical Director of the MARATHON DES SABLES, also hypothesised that the participants had not been able to live their passion for running normally for the past two years because of the COVID-19 pandemic. Travel restrictions, cancelled races, low morale: it was difficult to arrive at the start as ready and motivated as usual. And then, of course, the drama that affected the race during the second stage strongly affected the morale of the participants.

The Finishers of this 35th MARATHON DES SABLES will be proud to have finished this particularly demanding edition, and of course those who could not go to the end of the race need not be ashamed. But before that, there's the Marathon stage of tomorrow, and the Charity stage of the day after tomorrow to end the race.