“I experienced the same emotion as a runner and a photographer”

Alain BEN KHELIFA has participated three times in the MARATHON DES SABLES as a runner, and for the first time in 2022 on the organizational side, as a photographer. A double experience full of emotion.

Alain BEN KHELIFA (FRA) is one of those people who have always kept the MARATHON DES SABLES in the back of their minds: he took part in the 4th edition in 1989, then again in 2003 and 2013 for the 18th and 28th editions. He therefore knew the evolution of the event, from the 170 participants in 1989 to the 1027 in 2013: "Of course there were fewer of us, we had less sophisticated equipment, and we had much less information about the race before being there. But there is always this spirit of challenge, discovery, travel and sharing. » 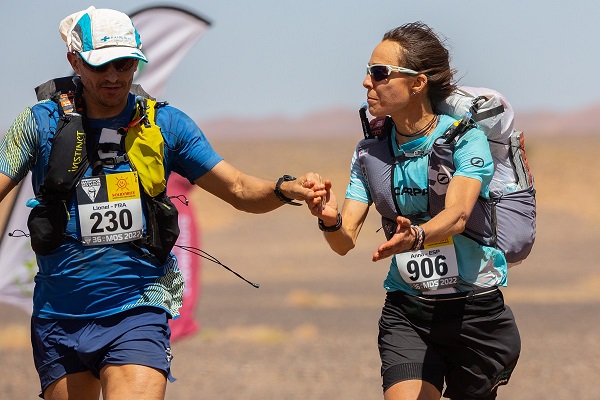 But this year, for the 36th edition of the MARATHON DES SABLES, it was with the staff that Alain took part, as a photographer: "I was very surprised, as a competitor you have no idea everything that the organization of the race represents to make this crossing of the desert intensely alive. More than 450 people for around 900 competitors at the start, dozens of vehicles, insane logistics, obviously all this impresses when you discover behind the scenes, but remains almost transparent when you are just here to participate. "Patrick BAUER trusts his very experienced teams, it's really well orchestrated. I had the impression of being part of a traveling circus where everyone worked in a good mood. »

The question we ask ourselves is of course: is it easier to participate as a runner or as a volunteer? And Alain, from the height of his 72 years (yes!) replies mischievously: “Much easier to be a runner… when the physique is there of course. In the communication team, I was the new kid on the block, and the first few days we are a bit lost, we have to be operational very quickly but we discover everything at the same time. We work in real time, we have to deliver photos several times a day, but we end up getting used to the rhythm. And when finally everything is fine, when we have found the right tempo, it is already time to go home…”

What is certain is that with his three other fellow photographers, Alain wet the jersey, bringing back some nuggets from the track despite the constraints of the desert. “Being a photographer is a privilege. We are immersed in splendid places, we have stewardship at our disposal, we witness magnificent scenes, there is a lot of emotion. And then seeing his photos shared, posted on the net, in newspapers and magazines, is gratifying. »

And if you ask Alain what particularly marked him through his boxes, he finds it difficult to answer… “All the runners blew me away with their smiles, their visible fatigue and their determination. I still have two photos in mind, the arrival on stage 3 of Anna COMET PASCUA (ESP) who asks Lionel JOURDAN (FRA) to pass in front of her, and that of Rachid EL MORABITY (MAR) on the marathon stage, an early framing with the stopwatch and Patrick. What is certain is that I experienced the same emotion as a runner and a photographer. The medal ceremony was a moment of pure emotion. » 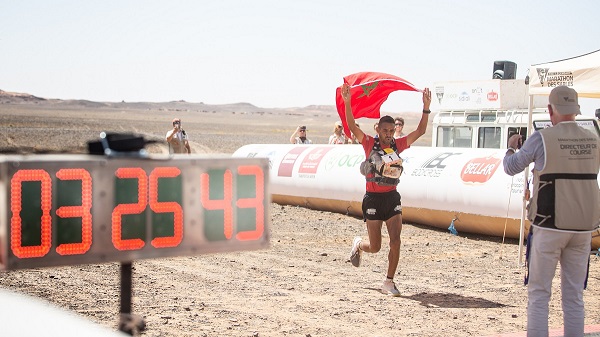 The desert was already in me

“There is an age where it is good to be a little crazy and crazy.“

I HOPE TO EMPOWER OTHERS