The desert spoke to me

Aldo MICHINELLI was born in 1981 in eastern Italy, and has been passionate about nature, sport and art since he was little. For about 20 years he practiced horse riding competitively, but quit in 2017 and switched to running. Initially anecdotally, he started to run more regularly from 2017 to participate in the 100 km del Passatore (from Florence to Faenza), a race he also ran in 2018 and 2019.

In April 2019, a tragic accident occurs: his father dies in a car accident, precisely on the road on which passes the 100 km of the Passatore. “Like all tragedies, this sudden death left me speechless. "

Aldo increased in 2019 on another 100 km, in the heart of the Sahara this time. “We slept in tents, we were in contact with the desert day and night. "Aldo then experiences the destitution of this kind of ordeal:" No toilet, hot water, bed or pillow. This race was a challenge but this trip filled my heart in so many ways. Returning to civilization, Aldo's spirit had not really returned from the desert: "I stood by the window looking at the desert, he had spoken to me. "

Back home, the memory of people living with nothing, some walking barefoot, children playing soccer with garbage in the middle of the street, but smiles on all those faces, took hold of Aldo. "The desert had changed me for real, I had realized some things about comfort, possessions, happiness. "

This awareness led him to create an association to help the most disadvantaged: the Chiron Cultural Association. This association manages from start to finish the process of donating prostheses to African children who do not have the means to be fitted. An entrepreneur in life, Aldo has obviously applied his knowledge of the business world to this association in order to make it as effective as possible.

Aldo will participate for the first time in the MARATHON DES SABLES in 2022, during the 36th edition. He will of course do it in memory of his father, for all those underprivileged little ones, and also for his mother with cancer - “She's strong, she's running the ultramarathon of her life. " 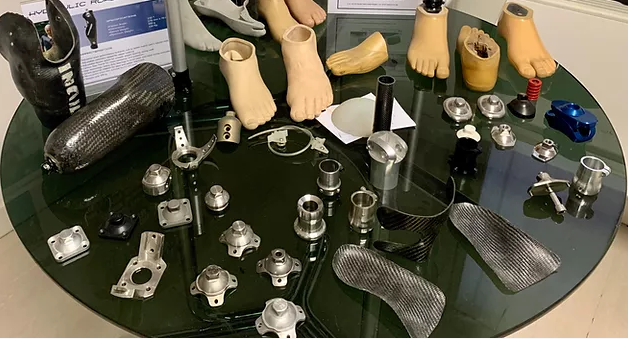 "WE WANT TO SEE HOW FAR WE CAN GO"

« THE ANSWER IS IN THE BACK OF MY HEAD »